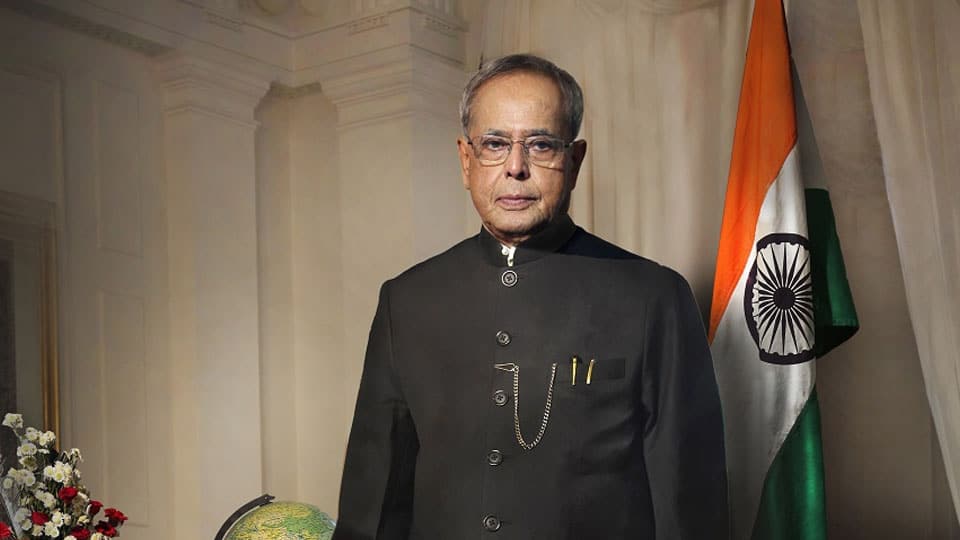 Condolences are pouring in from various quarters remembering Mukherjee for his contributions to progress of the country. Known as a simple and ever-smiling person, Mukherjee had carved a niche in the hearts of millions of people for throwing open the doors of the Rashtrapati Bhavan.

The Union Cabinet today condoled the demise of Pranab Mukherjee and also observed silence for two minutes as a mark of respect.

Meanwhile, preparations are underway for the last rites of Mukherjee to be held at the crematorium on Lodhi Street here this afternoon.

As we went to Press, the mortal remains of 84-year-old Mukherjee was being taken from his residence, to the crematorium.

After the VVIPs paid their homage, the general public was allowed to have the last glimpse of the ‘People’s President.’

Owing to the COVID-19 related protocols, the mortal remains of Mukherjee will proceed in a hearse van instead of the normal gun carriage reserved for a former Head of State, according to a release from Home Ministry.