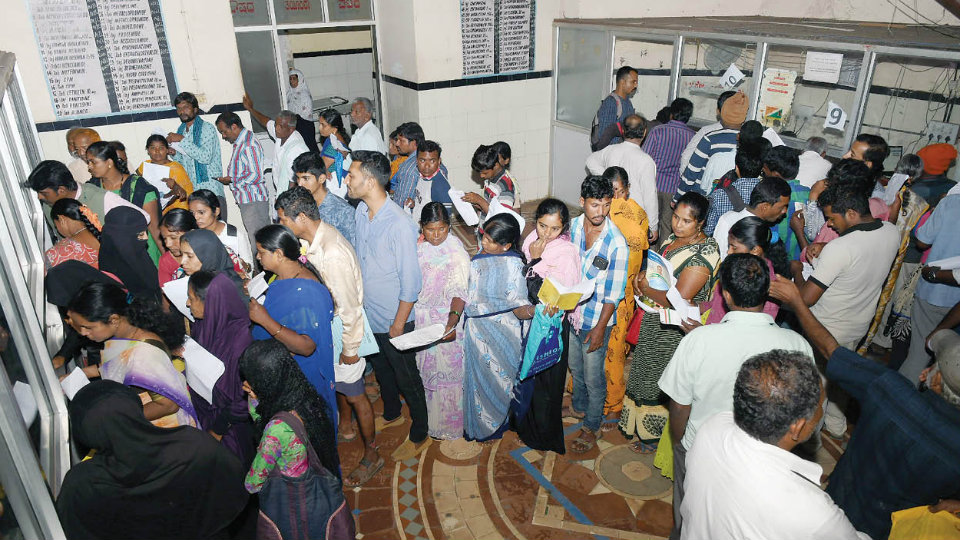 Mysuru:  The nation-wide strike call given by the Indian Medical Association (IMA) to observe ‘Dikkar Divas,’ opposing the National Medical Commission (NMC) Bill 2017, by stopping the functioning of OPD (Out Patient Department) from 6 am to 6 pm in all private hospitals, evoked a poor response in city this morning with almost all the private hospitals functioning normally.

The doctors and the staff in all major private hospitals attended to the patients in the OPDs and even the government hospitals saw the normal crowd of patients.

Dr. Vishveshwara speaking to Star of Mysore said that they had presented a memorandum to the ADC. “All the hospitals had been asked to observe Dikkar Divas by closing the OPDs for 12 hours. Though the emergency services are not affected, all treatments have stopped at all the hospitals coming under MAHAN (Mysore Association of Hospitals and Nursing Homes),” he claimed.

They have opposed the NMC Bill terming it as anti-democratic, anti-federal, anti-poor and pro-rich as the management quota in private medical colleges is raised from 15 per cent to 50 per cent.

It is also anti-reservation as provision of eligibility for Backward Community students of 40 per cent eligibility is withdrawn.