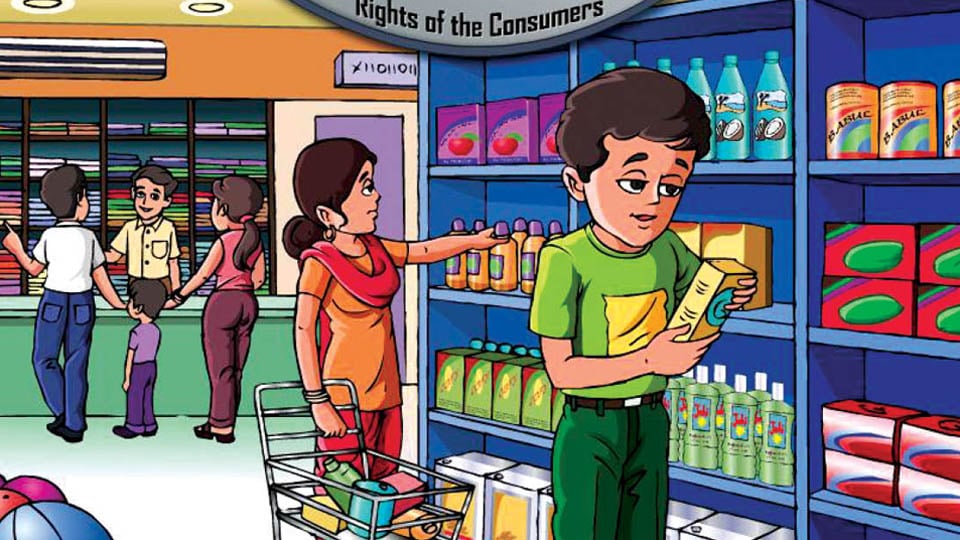 Opportunity to celebrate “Consumer is the King”

Every year Dec. 24 is celebrated as National Consumer Day (NCD). It was the day Indian Parliament adapted Consumer Protection Act (CPA) in 1986. On this day we have been discussing that “Consumer is the King” and how CPA helps the consumers.

However this year we should resolve to make a difference. Finally after several amendments over the years to CPA 1986, it was comprehensively amended in 2019. The theme of NCD this year as suggested by Ministry of Consumer Affairs is “New features of Consumer Protection Act 2019 (NCPA).”

The old Consumer Protection Act of 1986 was a great gift to us by Parliament despite its faulty implementation by the Consumer Courts. Most of the retired Judges presiding over them converted them into veritable Civil Courts and failed to give judgements within the stipulated 90 days.

Some interesting features of NCPA may help the consumers in getting speedy judgement provided members of consumers are given proper training. For Karnataka, Administrative Training Institute should play a critical role in organising such courses. Without intensive training, we will back to square one. Some of the salient features of NCPA are discussed below.

NCPA does not stipulate that the President or some of the members of Commissions should have legal background or have served as Judges. All appointments will be made by the Central Government. This feature of the new Act has come under some criticism for not having members with legal background. On the other hand, not limiting the post of presiding officer to only those with judicial background, may result in speedier judgement. Most consumer cases are simple and do not need application of complicated laws.

NCPA has widened the definition of ‘consumer’. Even those who buy goods online or through telemarketing are consumers. Pecuniary limits have been enhanced. District Consumer Fora can handle up to Rs. 1 crore, State Commissions up to Rs. 10 crore and cases involving more than that have to be submitted to National Commission.

Consumer Courts have the option of referring cases to settlement through mediation for speedier and simpler way of resolving disputes. There are no fees while filing if disputed amount is less than Rs. 5 lakh. This is a big relief for most consumers. Let us hope this will not be changed as they did by imposing fees with the old CPA on the pretext there were many frivolous cases.

Now we have the flexibility to file complaint where we live or work and not necessarily where purchase was made or at the place of sellers registered office. This is a huge benefit. Consumers can now file complaint electronically and parties can be examined through videoconferencing.

There will be new Central Consumer Protection Authority (CCPA) with wide powers of authority. CCPA can conduct enquiries and investigate into violations of consumer laws. It can recall products, order reimbursement of the price of goods/services, file class action suits when more than one individual is affected. This is really the dawn of a new era in consumer movement in India. But this will happen only when competent and honest professionals are appointed to administer CCPA.

NCPA has introduced the product liability on the part of manufacturers and service providers to compensate who have suffered. Unfair trade practices can be taken up either by individual consumer or by CCPA. There will be penalties for misleading advertisements. Even those celebrities who are behind misleading ads can be prosecuted in the future.

READ ALSO  Every Mysurean should celebrate

One of the major criticisms of NCPA was that it does not specifically include services provided by medical practitioners. However some experts feel that since the Supreme Court has already given judgements that medical services are also included under CPA, there was no need to include it specifically. Overarching goals of CPA are to provide effective safeguards to consumers from exploitation against defective goods, unfair trade practices and deficiency in services. While there is much interest to achieve the first two goals, there is hardly any attention paid either by the government while amending CPA or by NGOs to promote consumer rights while they seek government services.

At every government institution we are treated more as “servants rather than as masters”. But how many of us are ready to approach Consumer Courts? Only when we the people come together, make efforts to join credible NGOs and stand for our rights, consumers will be kings and queens in the private sector, and be treated as “masters and not servants” in the public sector. On National Consumer Day, let us resolve to take up our responsibility of living in a Democracy.