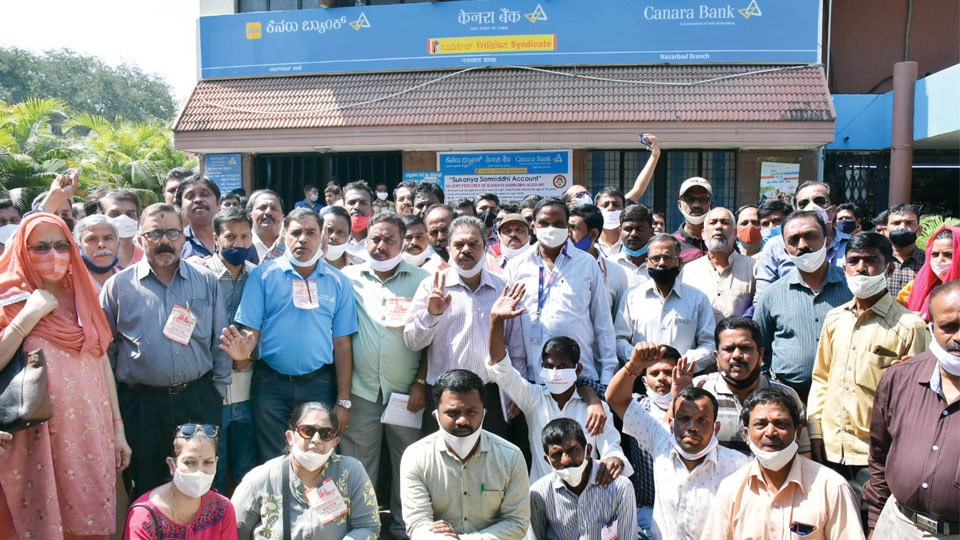 Over 200 bank officials and staff members staged a demonstration in front of Canara Bank Regional Office in Nazarbad this morning, following a call by the United Forum of Bank Unions (UFBU), an umbrella body of nine bank unions, against the proposed privatisation of public sector banks since yesterday.

The shutdown of banking services has hit hard on traders, commercial and business establishments as well as general public. Public sector banks have remained closed for a four days in a row Saturday and Sunday, followed by the two-day strike on Monday and Tuesday.  However, online transactions were not hit. But many ATMs were out of cash since yesterday.