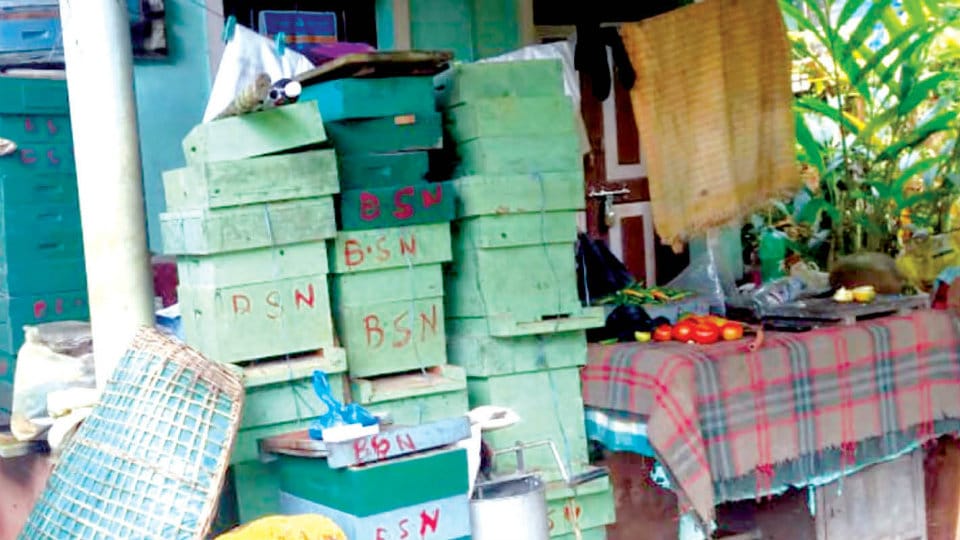 Madikeri: Floods and landslides that struck Kodagu in August this year not only affected human beings and wildlife but also honey bee families that have a special relationship with nature.

Vanishing natural food and biting cold, has resulted in the spread of Thai Sac Brood disease, which is said to have originated in Thailand. The virus attack has caused concern among bee keepers with honey production coming down drastically.

The Thai Sac Brood virus attack is most found in Bhagamandala, Talacauvery, Cherangala, Korangala, Sannapulikotu, Ayyangeri, Kadagadalu and other areas. The deadly attack has erased 90 percent of bee families. This is the second time that this virus attack has taken place, the first one being in 1991 when then also most of the bee families were wiped out.

There was a time when apiculture was at its peak in the district with annual honey production of four lakh kgs. Kodagu was the top honey producing district in the State. But after a brief spell of virus attack, the disease came under control naturally and apiculture began to bloom again. At present, Kodagu has over 7,000 bee-keepers and Bhagamandala region alone accounts for more than 50 percent of production of the district.

But the natural calamity which ravaged the district in August has left behind only 4,000 to 5,000 honeybee families. As a result, honey production has declined with a production of just 7,000 kgs. Even as vanishing of bees is a cause of great concern for Kodagu, several apiculturists feel that the extinction of bees will have a bearing on other creatures. 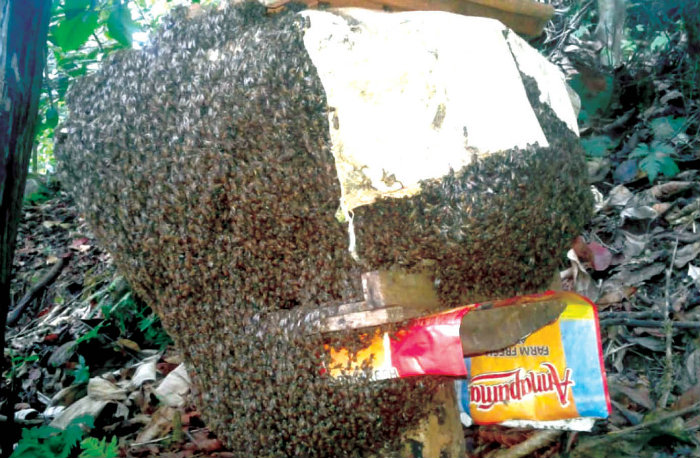 Earlier, the Thai Sac Brood disease used to cause havoc rarely but now the attack has spread after heavy rains this year. Although bee keepers are attempting to save honey bees by feeding them with artificial liquid sugar forms, it has made little impact. With the extinction of bees, apiculturists are looking at taking up other occupations. This apart, the reputation of the district as a pure honey production hub, has taken a beating with the rapid decline in honey production.

P.M. Venkataramana, a former agriculture development officer at Bhagamandala, said that it was unfortunate that Thai Sac Brood disease has resurfaced in Kodagu after 1991. It has become difficult to find pure honey in Kodagu, the district which is famous for pure and natural honey. Apiculture in the district has taken a severe beating with the onset of the disease, he said. So far there has been no effective remedy for the disease.

Vasanth, of Horticulture Department at Madikeri said that the dangerous Thai Sac Brood disease had affected 90 percent of the bee population in Bhagamandala Hobli of the district. The natural calamity has more worsened the situation with honey bees rarely getting the required food. The biting cold has compounded the problem further. The Department has been educating apiculturists on prevention of the spread of the disease, he said and added that the department has granted 40 percent subsidy to set up honey combs.

The virus later spread to Kodagu district that adjoins Kerala, attacking honey combs. It is also said that the virus may have entered Kodagu with lakhs of bees migrating to Kodagu from Kerala. The spread of the virus has made apiculturists scary. The honey combs which were commonly seen in coffee and cardamom plantations have now become a rarity.