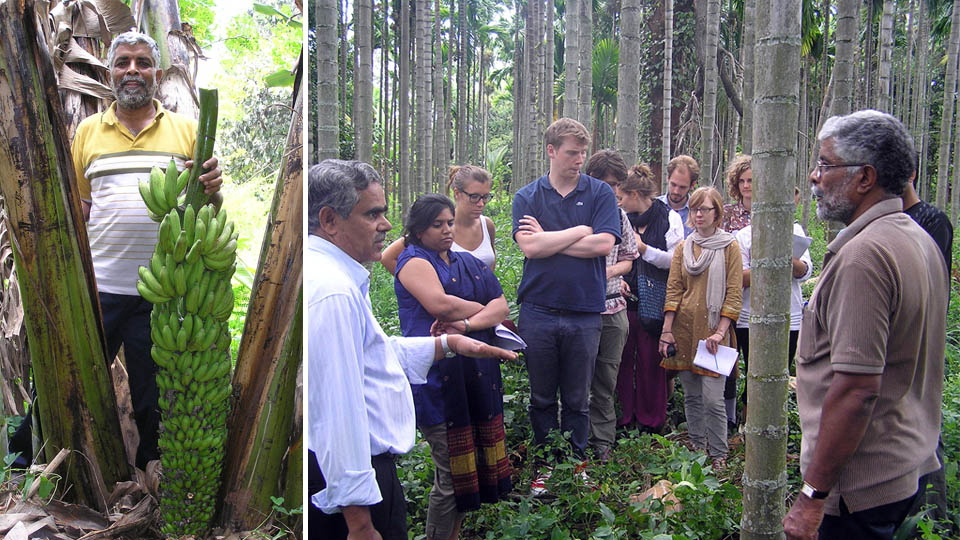 M.K. Kailash Murthy’s unique experiment in natural farming at Kollegal can act as shield against natural disasters like it happened in Kodagu and Kerala

By Prof. B. Sheik Ali

At a time when there are talks about how to prevent or at least minimise the damage caused by natural disasters like floods and landslides in places like Kodagu, one implementable solution is natural farming where roots can grow deep into soil preventing soil erosion and thereby restoring the natural balance of the soil where plain lands are turned into mini-forest. This Weekend Star Supplement features M.K. Kailash Murthy, a natural farmer who cultivates his lands sans fertilisers and modern techniques. In fact, he has brought a silent revolution in agricultural sector through his natural farming, which could be an eye-opener to the town planners of our country.

The natural disaster both in Kodagu and Kerala in August this year has set all of us to think how to avoid such disasters in future. One of the ways is to adopt natural plantation.

Meet M.K. Kailash Murthy of Mysuru, who is carrying out a unique experiment in natural farming, or zero-input farming at Kollegal, which would act as a shield against nature’s fury. He is not an expert in agronomy and holds no degree in agricultural sciences. He is a common man who gave up his bank job to take up the hard work of tilling the soil. Murthy, who took to natural farming, which could be not only a model for others to copy but also very helpful guidance to those who are at present engaged in devising measures how to avoid future disasters.

Murthy is not the path-finder of this technique of natural farming. In 1984 he took to conventional method of farming of adding external aid of fertilisers to get good results. He failed in the attempt as that method did not work.

He came across the work of a Japanese scientist, Masanobu Fukuoka, whose book, ‘The One-straw Revolution’, inspired him so much that he never looked back. From 1988 to this day, his passionate devotion to zero-input farming has paid him good dividends. The concept of this type of farming “revolves around the theory that nature knows best and hence it is better to leave everything in her care.” 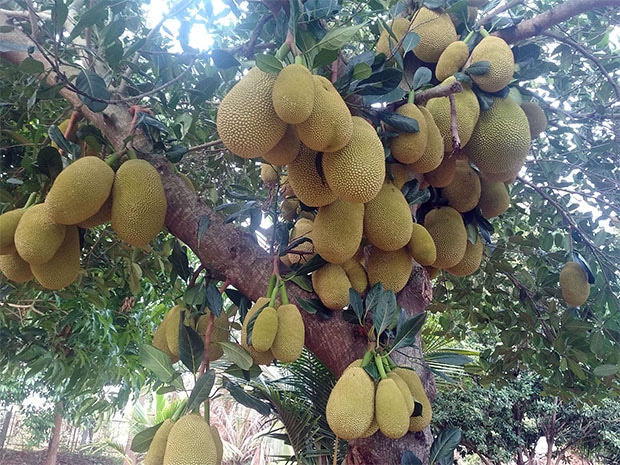 In the present context of flood disasters, Murthy has many lessons to offer. First, protect trees for green cover sustains natural grip acting as a preventive measure from landslides. Ecosystem of farming restores the natural balance of the soil, and the fields are turned into mini-forest. His experiment has yielded thousands of plants of several varieties including medicinal plants. Forests are the guardians against natural disasters.

Secondly, we have to remember global warming too has a hand in natural disasters. Natural farming can reduce global warming and retain biodiversity. Thirdly, the great advantage in natural farming is that it helps groundwater table to be stabilised. In conventional type of farming, particularly lift irrigation, groundwater table is pushed so low that one has to bore thousands of feet to find water. 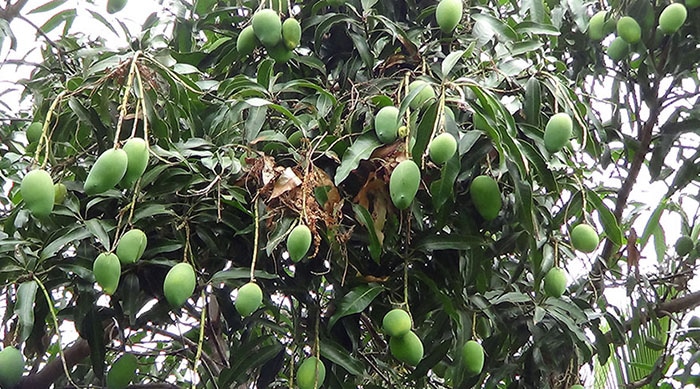 Fourthly, in natural farming, soil microbes are protected. Earthworms are friends of farmers. The microbes play a significant role in the retention of soil moisture, a key-factor in farming. Fifthly, ecosystem of farming is helpful in restoring soil fertility and biodiversity. Covering the soil with thick layers, about nine inches of leaf litters produced by the weeds, helps not only retain of moisture but also restores soil fertility.

Lastly, zero-input farming costs almost nothing. Murthy’s 22 acres of land has hardly two or three labourers and they too are like the security men guarding the farm. In the context of the present day farming in the country with limitless problems confronting our farmers, Murthy’s experiment appears to be a silver-lining. It needs to be appreciated, applauded and followed in its entirety. 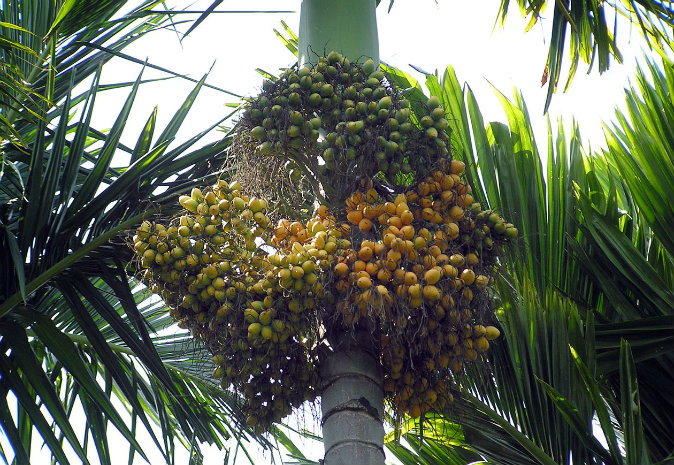 What has Murthy achieved through natural farming? First, it has increased production. He reaped 3 tonnes of paddy from one acre against 1.8 tonnes by his neighbours using fertilisers and modern techniques. Secondly, he has in his farm 138 species of herbs and trees belonging to 28 families which are growing by using sunlight. The soil potential within and photosynthesis from above have done wonders.

Thirdly, he has 3,069 trees including betel nut, mango, banana, papaya and a wide number of herbs. The papaya he grows are as sweet as honey and the mango fruits seem like laddoo in taste. Fourthly, his farm has become home for birds and bees where symbiotic harmony exists between vegetative world and microbes, reptiles, birds and bees.

Fifthly, his technique of the rotation of crops would avoid the use of pesticides. The natural immunity within the plant life would fight the pests without the need for any external treatment. Sixthly, retention of soil moisture, restoration of fertility of the soil and sustaining biodiversity of ecosystem are very significant features of natural farming.

Seventhly, preservation of the groundwater table without further depletion is of utmost importance in the long run. Next, Murthy happens to be the first person in India to use solar energy for the production and preservation of food crops.

Lastly, his system of farming prevents soil erosion and silt deposits in tanks. Even in the worst bout of drought his farm remained unaffected by any kind of damage. Such farmers are safety valves even against flood disasters, such as of recent times in Kodagu and Kerala. 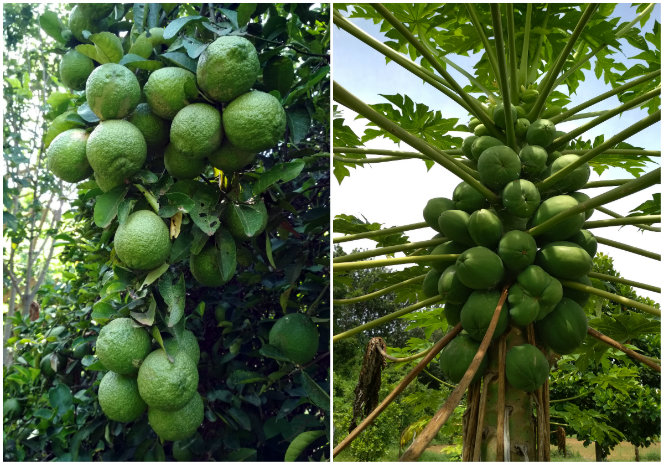 In short, in a country of India’s size, population and problems, we need persons like Murthy. Others cause problems. He solves problems. He generates solar energy and shares it with others.

Other farmers demand debt relief while he adds wealth to the nation. Others spend a lot on fertilisers and yet get poor results. He spends nothing and reaps rich harvests. Others believe in science and logic, he believes in the bounty of nature. 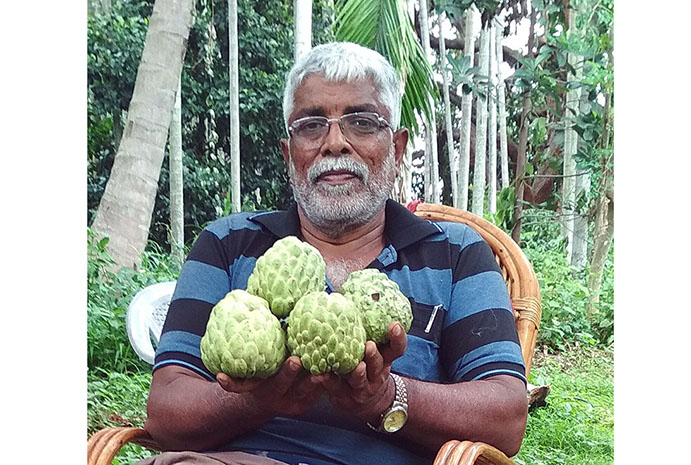 He has brought about a silent revolution in farming. We do not have eyes to see, heart to appreciate and will to follow. Society owes a debt of gratitude for his good work, which is a model for others to copy, but gratitude appears to be in short supply in our land.

It is high time planners take note of his work, appreciate it, propagate it and encourage him to do more. Single-handed what he has done seems to be a miracle. India needs such persons with creative vision, committed goal and restless soul to objectify dreams into reality.