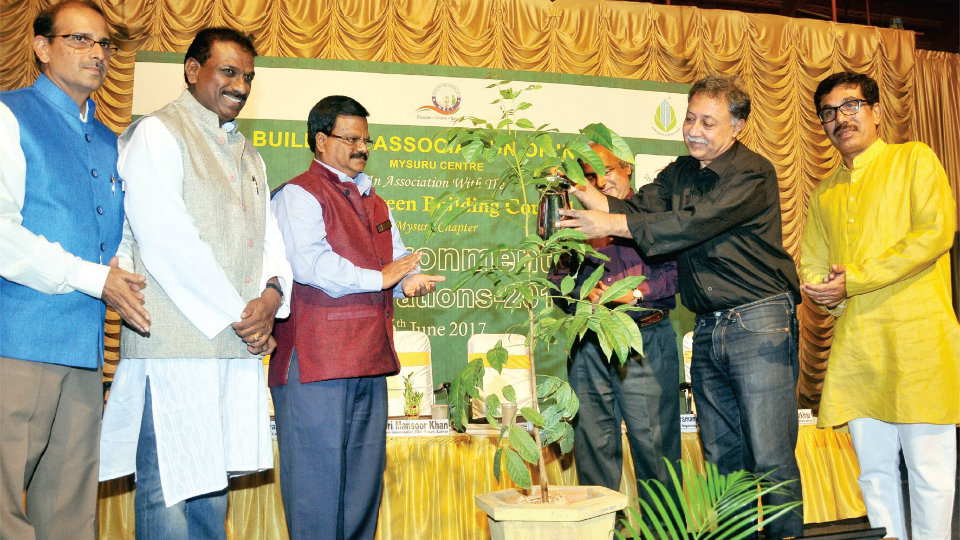 ‘Natural resources are over exploited in the name of urbanisation’

Mysuru: “In the name of urbanisation, a large amount of natural resources are being over exploited and our Governments have neglected the issue,” said Dr. T.V. Ramachandra, Co-ordinator of Energy and Wetlands Research Group (EWRG), Centre for Ecological Sciences, IISc (Bengaluru), at Nityotsava Convention Hall in city yesterday. He was speaking after inaugurating World Environmental Month celebrations jointly organised by Builders Association of India (BAI), Mysuru Centre and Indian Green Building Council (IGBC), Mysuru Chapter.

“The Gomala lands, lakes are being converted into commercial buildings and apartments. People living here can neither be supplied with water nor could breathe clean air and there are also problems related to the segregation of waste. Residents will have to suffer from many health concerns,” he added.

Stating that the officials were making efforts to increase rainfall in Rajasthan, he said that though Karnataka has a large Karavali area, still the authorities were finding it difficult to supply drinking water to rural areas.

“We have read about importance being given to protection of environment during the Harappa and Mohenjo-daro Civilisation era. This apart, emphasis was also given to planting of saplings on either side of the roads and at gomala to increase the lung space. But, the officials today have failed to protect the forest land,” said Dr. Ramachandra. He also called upon the youth to take note of the burning issue and take up sapling planting works in the urban areas and added that it was welcoming to see organisations coming forward with various initiatives to increase green space by taking up planting of saplings.

Stating that there was a need for constructing Green Houses, Dr. Ramachandra said that 50 percent of urban residents were suffering from breathing issues.