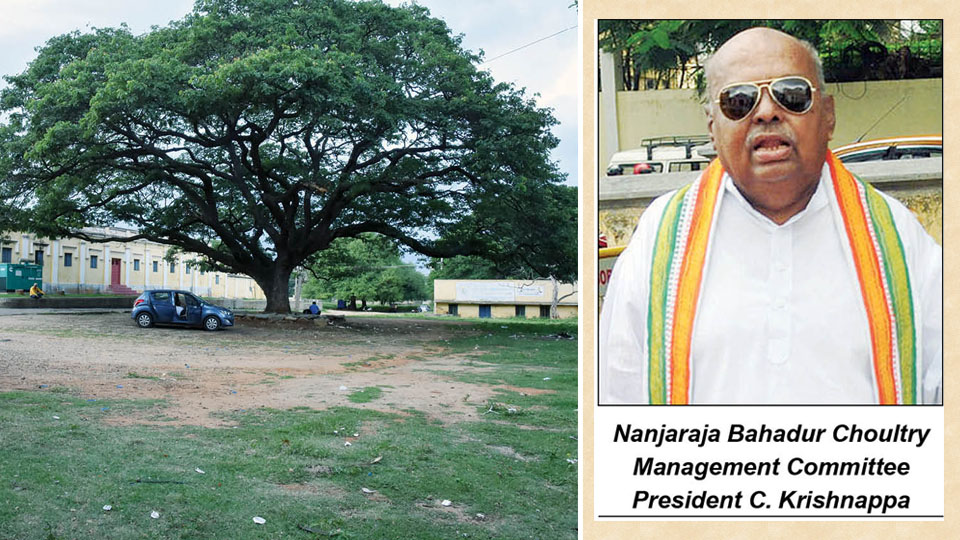 I still remember that in 1984, the then Prime Minister Rajiv Gandhi had set up INTACH (Indian National Trust for Art and Cultural Heritage). Soon the Mysore Chapter of INTACH also came into being. The very purpose of this Trust was conservation and renovation of heritage buildings and memorials. It was also INTACH’s responsibility to construct new structures while retaining their heritage character, whenever renovation or restoration was not possible. Senior Journalist late Krishna Vattam of Deccan Herald became the first Convenor of INTACH, Mysore Chapter.

It is nothing but natural for Mysuru, the kingdom that was ruled by the Maharajas, to have over 500 heritage structures. It is for this reason the Mysore Chapter of INTACH was formed. But unfortunately, most of the people did not know about the existence of INTACH in Mysore as it had remained almost non-functional.

But it was delightful to note that a fully reconstituted INTACH Mysuru Chapter was launched in city yesterday and even more delightful is the fact that the all-new INTACH was inaugurated by the scion of erstwhile royal family Yaduveer Krishnadatta Chamaraja Wadiyar. Also, it is meaningful that a heritage expert Prof. N.S. Rangaraju was named as the Convenor of INTACH, Mysuru Chapter.

Whatever it is, Yaduveer, who spoke at the inauguration of  INTACH Mysuru yesterday, said he is opposed to Nanjaraja Bahadur Choultry Management Committee President C. Krishnappa’s proposal to use the four-acre vacant land of the Choultry for multi-level vehicle parking lot.

At present, the NR Choultry doesn’t need the neglected vacant land for its use and for this reason, the vast vacant space around the Choultry built in an area of 10 acres, was leased out for commercial activities, such as Hotel, Government Office and other private establishments. Recently, the lease period of some of these establishments expired and the Government, instead of taking back the land, has renewed the lease period. In such a situation, there is nothing wrong in the proposal for utilising the poorly maintained vacant land around the Choultry for public use. Otherwise this land would go into the hands of private persons like it had happened earlier. Should the land be used for PUBLIC purpose or PRIVATE? Specially when there is a crying need for parking lots in the downtown areas of our city — Devaraja Urs Road, Shivarampet and Dhanvanthri Road areas. In case it is not done for reasons mentioned by Yaduveer, it will be like ‘Counting the trees and missing the wood.’

The existing heritage structure, Nanjaraja Bahadur Choultry, need not be demolished for constructing multi-level vehicle parking facility nor there is threat to the structure’s heritage character. The suggested multi-level parking lot can come up at the vacant land along Dewan’s Road.

And in case, the vacant land of N.R. Choultry is left as it is, there is every chance that the influential and vested interests would grab this land using political clout. In such a scenario, Yaduveer Krishnadatta Chamaraja Wadiyar must realise that it is very wise in the interests of the  public to utilise this vacant land for public use rather than see the land being grabbed by the private parties.

Meanwhile, in my Point Blank column titled “Recalling how an earlier attempt to provide multi-level parking  facility was subverted” (Star of Mysore dated June 27), I had mentioned how a meeting of some prominent citizens of Mysuru was called by the then  Deputy Commissioner to discuss issues concerning city’s infrastructure. It included providing a multi-level parking facility at another huge Government land lying unused  to ease parking problem of D. Devaraja Urs Road. Sadly, the proposal was sabotaged.

Hope, the present suggestion by Krishnappa to utilise the huge vacant land of Nanjaraja Bahadur Choultry, close to the business hub of downtown — Shivarampet, D. Devaraja Urs Road, Dhanvanthri Road areas — for providing parking facility  to  hundreds of shoppers would not be sabotaged like it happened then.