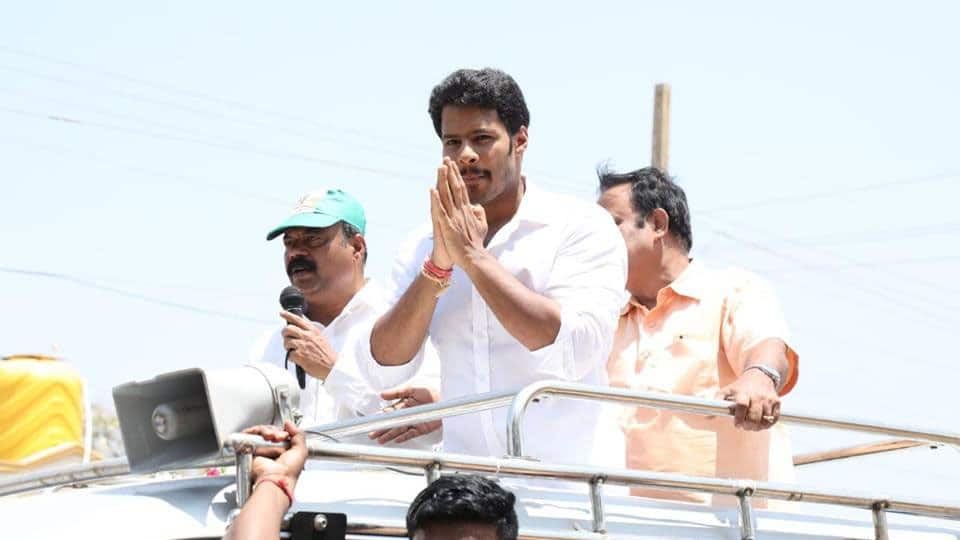 Nikhil Kumaraswamy to contest from Ramanagara?

Ramanagara: The Ramanagara Assembly segment in old Mysuru region, currently represented by Anitha Kumaraswamy of the JD(S), is in the news of late as Ramanagara district has turned out into a hotbed of politics for former Chief Minister and top JD(S) leader H.D. Kumaraswamy and  KPCC President D.K. Shivakumar.

The silk town of Ramanagara, which is hardly about  50 kms away from the State capital Benglauru, has shot into news headlines as there are rumours that Nikhil Kumaraswamy, son of former CM Kumaraswamy, may contest from Ramanagara in the 2023 Assembly polls, in place of his mother Anitha Kumaraswamy. On her part, Anitha too is said to be inclined to leave the seat for her son Nikhil.

Nikhil Kumaraswamy had entered politics by contesting from Mandya Lok Sabha Constituency on a JD(S) ticket in the 2019 LS polls. However, he lost out to Sumalatha Ambarish, who contested as an independent candidate, with tacit support from the Congress and BJP, who did not field their candidates.

After losing the 2019 LS polls, Nikhil had kept away from politics for some time. But with the Assembly polls just a year away, Nikhil has again showed interest in politics and is often seen touring Ramanagara district these days.

Nikhil is also said to be regularly meeting party workers reportedly with an eye on the Assembly polls. Even  Kumaraswamy has declared that his wife Anitha would not contest the 2023 Assembly polls  from Ramanagara, which has so far been a JD(S) bastion.

As far as the BJP is concerned, the party does not have a strong base in the district. However, with Higher Education Minister Dr. C.N. Ashwathnarayan put in charge of the district, the party is hoping for a  better fortune and expects to put  up a good show in the Assembly polls.