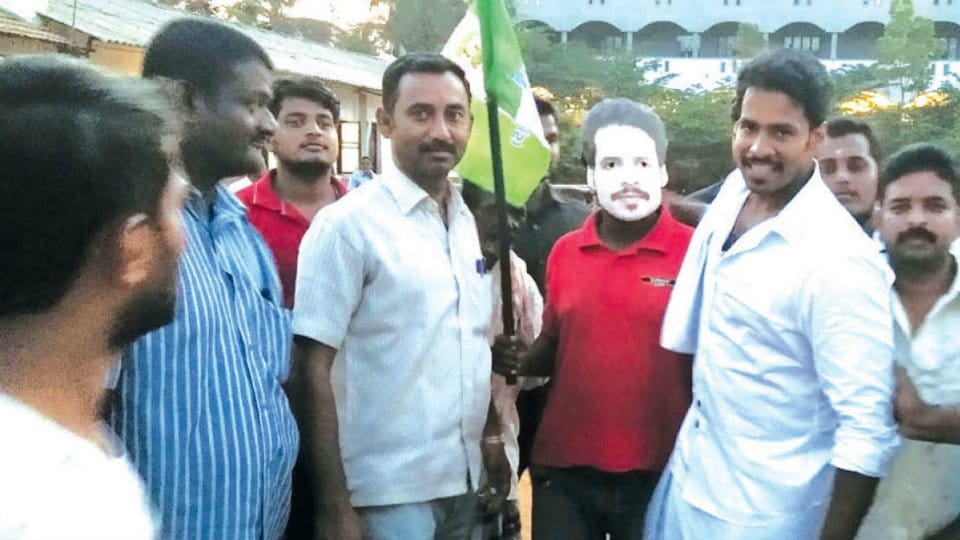 Bharathinagar: Coming down heavily on his political opponents for spreading false news about him and his family members through social networking sites, Mandya Lok Sabha coalition candidate Nikhil Kumaraswamy appealed voters not to give credence to such fake news and elect him to Parliament for development of Mandya.

Addressing party activists at Bharathinagar, he said that his grandfather and former Prime Minister H.D. Deve Gowda, father H.D. Kumaraswamy and all his family members are striving hard for development of Mandya district without caring their age and health and JD(S) is committed for welfare of farmers.

Stating that Congress leaders of the region are following ‘Maithri Dharma’ and canvassing for his victory, he said that he would make his honest efforts to convince all Congress leaders of Mandya to work in favour of him. He asked the voters to give him an opportunity to carve his own niche in politics.