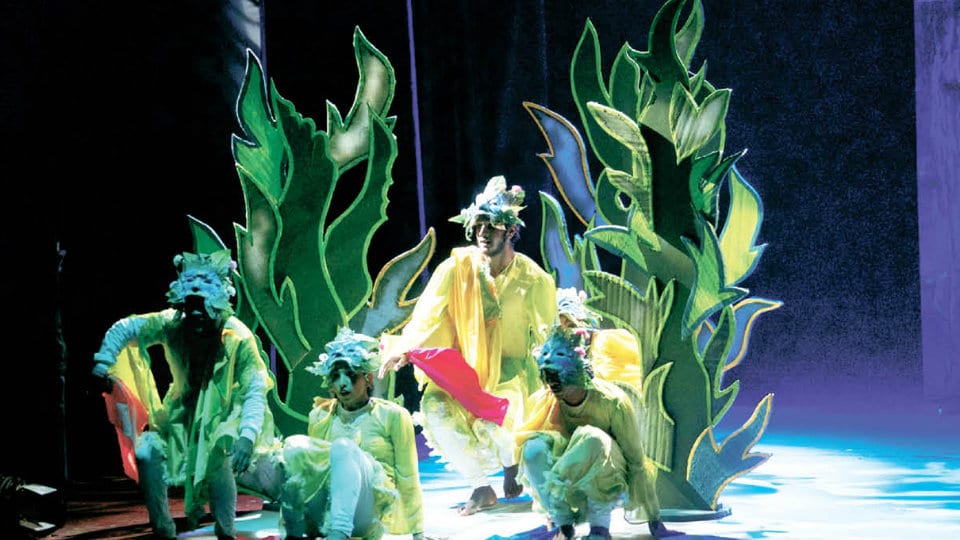 Niranthara Ranga Utsava from Dec.27 to 31

Theatre claims an important place in the cultural arena of India. Being an expression of people’s joy, sorrow, and inner voices, theatre constructs a bridge between the inner sense of a man and his outer sense. Hence, theatre is an extension of sensual possibilities of man.

Niranthara Ranga Utsava tries to become this extension of possibilities. This is a 11th year Theatre Festival. A little contribution to the Kannada theatre from Niranthara. This Festival is an alter to materialise and to understand the regional Theatre Movement of Karnataka and other States of India. This Festival will try to understand the expressions and dynamics of different regional Theatre Movements of India.

For five days directors, playwrights, actors and theatre enthusiasts from across Karnataka and other parts of India will gather at Mysuru and will share their expressions, ideas and experiences. At the helm of mangled cultural appearance, ‘Niranthara Ranga Utsava’ will try to tear apart neo cultural barriers and will try to become a collective expression of Indian people.

Niranthara Foundation, Mysuru, aims at and strives as a cultural medium to strengthen cultural foundations and to find ways to improve education in search of quality and a people-driven society. Niranthara consists of a group of enthusiastic talented young people with a social commitment and  who have been continuously offering creative and socially useful programmes all across the State of Karnataka.

The clear aim of Niranthara Foundation is to construct a society based on social values, social responsibility and social equality.

Niranthara, a premier theatre group of Mysuru, is working as theatre repertoire since 12 years. Niranthara has organised theatre productions, theatre camps and workshops, theatre documentation and many other meaningful theatre activities in and around Mysuru and Karnataka.

Niranthara has produced  well-known plays like Kusumabale by Devanur Mahadeva, Jalagara and Kalki by Kuvempu, Lankesh’s Muttisikondavanu, Tejaswi’s Maya Mriga and Shariffa by Manjunatha Belakere, K.G. Mallya’s The statue of the Mahatma, TeaHouse by the famous Chinese playwright Lao She and Jnanapith awardee Dr. Chandrashekara Kambara’s Shivaratri, both directed by Chidambara Rao Jambe. Also, a dance and musical drama Kudala Sangama based on the Vachanas of Basavanna with music by C. Ashwath has been presented by Niranthara 120 times in and around Karnataka.