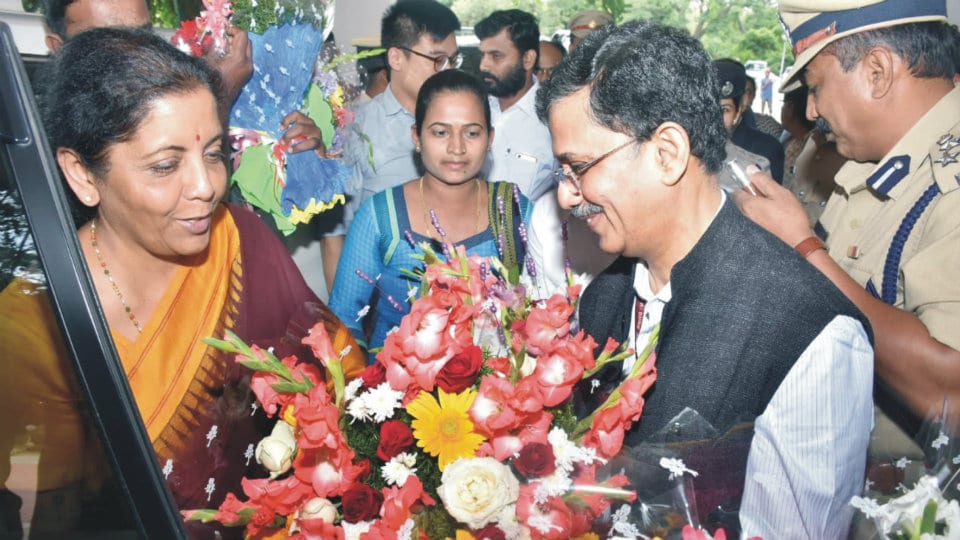 Mysuru: Union Finance Minister Nirmala Sitharaman, who had visited Kodagu to assess the flood situation recently, arrived in city this morning. She will be addressing the GST and Income Tax officials in an internal meeting organised by GST Commissionerate, Mysuru, at Hotel Radisson Blu here.

Nirmala, who arrived on road from Bengaluru, was received by Central Board of Indirect Taxes and Customs (CBIC) Chairman Pranab Kumar Das at the Government Guest House, this afternoon.

Entry into the hotel was restricted to only GST and I-T officials since it was an internal meeting. Every person entering the premises were subject to thorough checking by the security officials.  Door Framed Metal Detectors were also placed at the entry points to ensure no harmful materials are carried into the meeting hall.

After the meeting, Nirmala is scheduled to return to Government House where she will meet trade and industry representatives before addressing media at 4 pm after which she will return to Bengaluru by road.