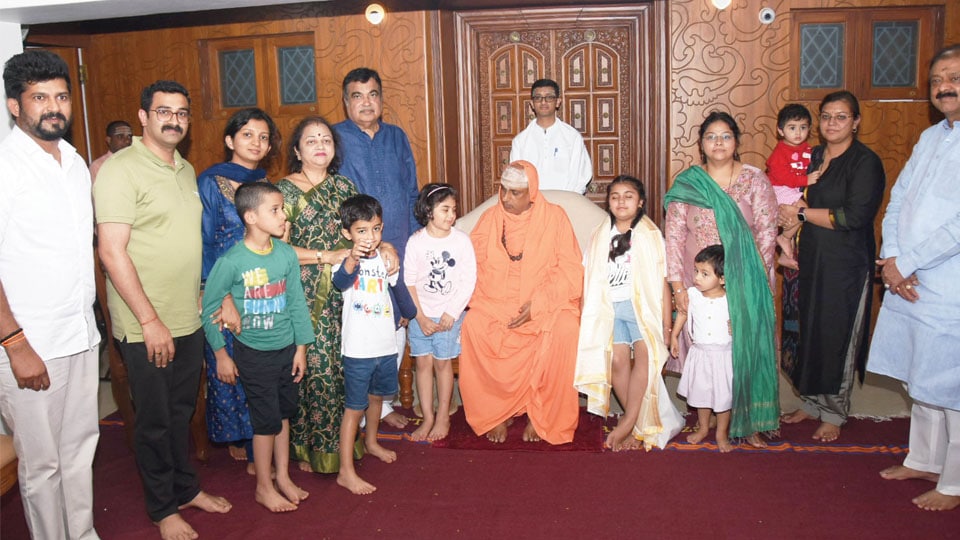 Mysore/Mysuru: Union Minister for Road Transport and Highways Nitin Gadkari and his family, who were on a six-day tour of Mysuru and Kodagu, returned to New Delhi in a chartered flight from Mysore Airport at Mandakalli yesterday afternoon. The Minister and his family members, who arrived in Mysuru on June 8 in a chartered flight, stayed at Radisson Blu Plaza Hotel in city and left for Kodagu on June 9.

The Gadkari family, which returned from Kodagu to Mysuru yesterday afternoon, had lunch at Suttur Mutt at the foot of Chamundi Hill, sought the blessings of Sri Shivarathri Deshikendra Swamiji and left for New Delhi in a special flight from Mysore Airport at 2.15 pm. Junior Pontiff Sri Jayarajendra Swamiji, MP Pratap Simha, MUDA Chairman H.V. Rajeev, Sericulture Minister K.C. Narayanagowda and others were present at the Mutt.