Home » News » ‘No alliance with JD(S) for MyMUL polls’ 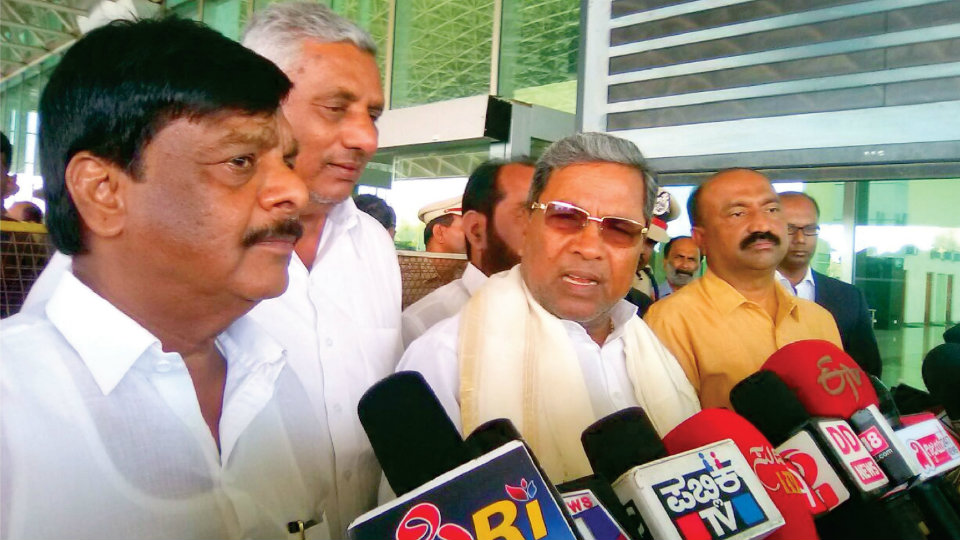 ‘No alliance with JD(S) for MyMUL polls’

Mysore/Mysuru: With just a day to go for MyMUL (Mysuru Milk Union Limited) polls, which has gained political limelight because of infighting between two groups of JD(S), Opposition leader and former Chief Minister Siddharamaiah has asserted that there is no question of having any alliance with the JD(S) for taking control of the important Co-operative Milk body.

Speaking to presspersons at Mysore Airport at Mandakalli here yesterday upon his arrival from Bengaluru, Siddharamaiah, who was on his first visit to the city after Mysuru Mayoral polls, clarified that the Congress will have no tie up with the JD(S) not only for MyMul polls, but  also for any other elections. Maintaining  that co-operative and other such local polls will not be held on party lines, he said that, however, there may be political understandings for these polls. But still, the Congress will not support the JD(S) in MyMUL polls, he said and clarified that Congress backed candidates will contest the polls independently.