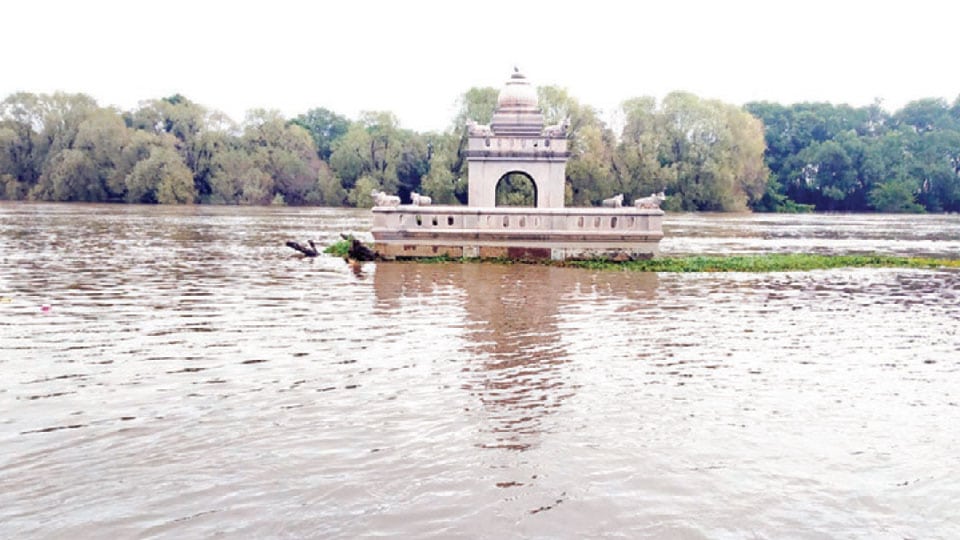 No bathing, ‘mudi seve’ on banks of Nanjangud Temple

Nanjangud: Over 30,000 cusecs of water is being released from the Kabini Dam in H.D. Kote following heavy rain in the Dam catchment areas in Wayanad.

As a result, River Kapila in Nanjangud taluk is in full spate with historical Hadinaru Kaalu Mantapa almost submerged. The Snana Ghatta and Sopana Katte are also under water.

People residing on the banks of the river and the low-lying areas have been warned to move to safer places by Tahsildar Mohana Kumari. She said that areas like Bokkahalli, Kullankanahundi, Halladakeri, Kurubageri, Gourighatta and other areas are likely to be affected with water entering into houses.

Sri Srikanteshwaraswamy Temple authorities have banned people from bathing in the river and also on its banks on which the historic temple is located. Also, ‘mudi seve’ conducted by the temple has been temporarily suspended.