Home » COVID-19 » No COVID-19 patient being treated at Cheluvamba and K.R. Hospitals: DC 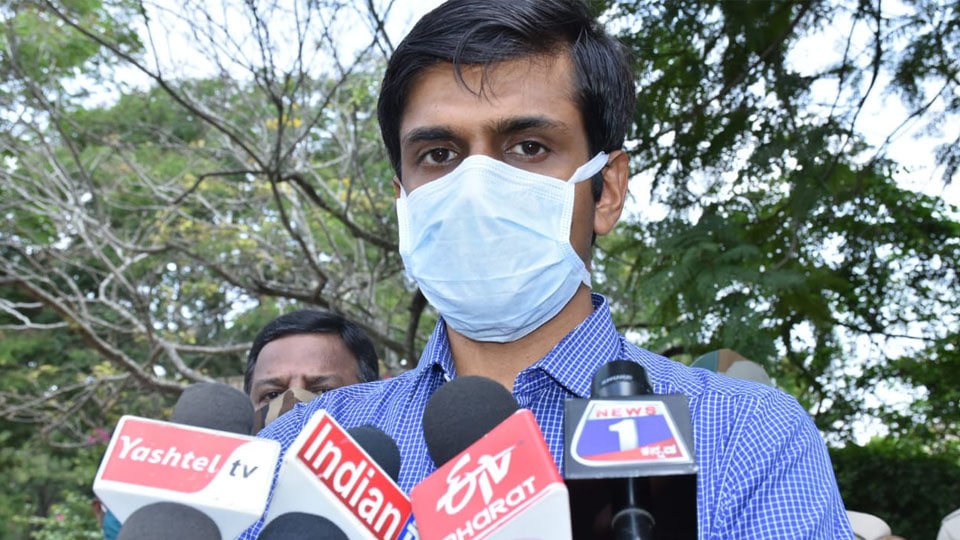 No COVID-19 patient being treated at Cheluvamba and K.R. Hospitals: DC

“Every day the K.R. Hospital is getting 50 to 60 patients with respiratory problems and all of them are being subjected to COVID-19 tests. In case they are tested positive, they are being shifted to the designated facility and are not being treated at K.R. Hospital or Cheluvamba Hospital,” clarified Mysuru Deputy Commissioner Abhiram G. Sankar.

The DC’s clarification comes after a video claimed that COVID patients are being treated amidst other patients at K.R. Hospital. “Many cases of Influenza-like Illness (ILI) and Severe Acute Respiratory Illness (SARI) are being reported at many non-COVID hospitals. Before being admitted as an in-patient, their throat swabs are collected and are sent for tests. It takes two days for the lab reports to come and till then, such patients are admitted to isolation ward of that particular hospital. Of them, some cases may test positive,” the DC said.

On that particular video, Abhiram Sankar clarified that the K.R. Hospital staff had acted in a responsible manner and nowhere there was any breach in protocol. “The patient was admitted to K.R. Hospital as he had breathing problems and before admitting him, the mandatory swabs had been collected. As the lab report had not come, the patient was being treated at the hospital and was being administered oxygen. Treatment protocols that were followed with regard to P-272 were being followed in this patient’s case too,” he said.

The DC said that patients having a SARI history cannot be immediately shifted from one treatment facility to other and shifting is done only after examining and ascertaining the patient’s body condition. “All precautions have been taken and the K.R. Hospital ward where the patient had been admitted and the section has been sanitised. Under no circumstances, K.R. Hospital and Cheluvamba Hospital will be converted into COVID Hospitals,” Abhiram Sankar stated.

On the condition of patients at the designated COVID-19 Hospital, the DC said that five persons under different age groups are in the Intensive Care Unit (ICU) at the Hospital. “Only one person of them has respiratory illness and the others are recuperating well,” the DC disclosed.

The DC admitted that there is a shortage of nurses, housekeeping and D Group employees but there is no shortage of doctors. “As such, there is no issue in cleanliness and to wash clothes. Some of the doctors themselves are doing cleaning operations,” he added.