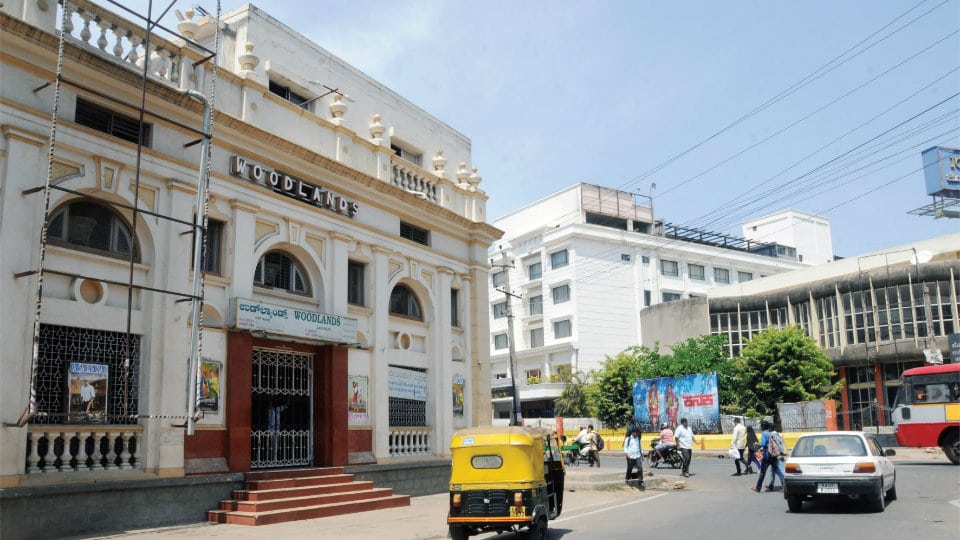 Mysuru:  All the cinema theatres including single screens and multiplexes are closed today as there is no password of the content to release the movies.

The South Indian Film Chambers of Commerce had called for a bandh of cinema halls today following a dispute between the service providers — UFO Movies Limited and Real Image Qube — who supply digital format to theatres. The digital content is converted and transferred through satellite or stored in hard disc.

The Producers and Distributors had demanded reduction in costs. After the meeting between the two on Mar.3, the service providers had agreed for the demands of Producers. However, a few Producers of Karnataka Film Chambers of Commerce not happy with the outcome called for theatre bandh.

Speaking to Star of Mysore here this morning, M.R. Rajaram, Vice-President, Karnataka Film Exhibitors Federation and Secretary, Mysuru City Film Exhibitors Association said, “We are totally helpless as we do not have the passwords of the content to release the movies. Even though the problem has been resolved we just do not understand why they have called for the bandh today.” Some of the Kannada movies which are doing very well have to be stopped from screening and it is a big loss to both Distributors and Producers, he said.

There were three Kannada movies ready for release today and each Producer had spent nearly Rs. 15 lakh to Rs.20 lakh for promotion of the movies and they have suffered losses because of this move on the part of the Association, said Rajaram.

Meanwhile, at the DRC cinemas in Jayalakshmipuram, tickets were sold for a few English and Hindi movies but the management decided to refund the ticket money after stopping the screening. Vaishali Hanumanth Padaki of DRC told Star of Mysore that since all the multiplexes had decided to stop the shows, she also refunded the amount.

However, English and Hindi movies will be screened after 6 pm while the Kannada movies will not be shown today. But in Tamil Nadu and Andhra Pradesh, there is no bandh, she added.