Home » News » No plans on Greater Mysuru for now: Minister 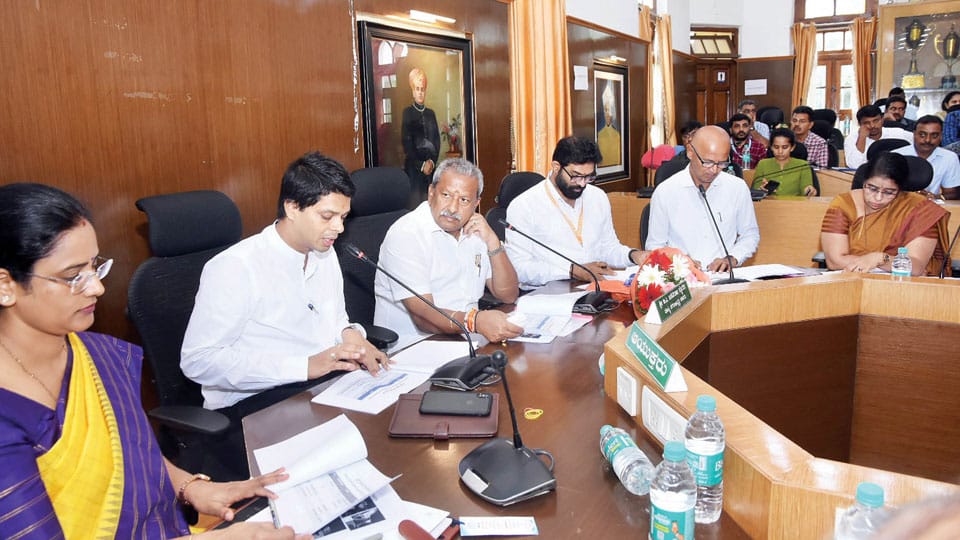 No plans on Greater Mysuru for now: Minister

Mysore/Mysuru: With collection of pending water bills and other tax dues mounting in the city, Urban Development Minister Byrathi Basavaraj held a meeting with MCC and MUDA officials at the MCC office on Sayyaji Rao road here this morning. He asked the officials to speed up water tax dues recovery by conducting special collection drives and through other measures.

Speaking to presspersons after the meeting, Minister Basavaraj said that he had directed the officials to expedite all developmental works coming under the Urban Development Department in MCC and MUDA; to ensure installation of LED lights on Ring Road, installation of electric poles and such other works before Dasara.

When questioned about Greater Mysuru proposal, Basavaraj maintained that there is no plan for now but it may be taken up in the coming years.

On the fate of dilapidated heritage buildings in the city, Basavaraj said that many of the listed heritage structures are privately owned and as such their owners have to be taken into confidence on their restoration or demolition.

Regarding Lansdowne and Devaraja Market, the Minister said the Government will take suitable action only after consulting erstwhile Royal family member Pramoda Devi Wadiyar and taking her into confidence.

Referring to the  possible havoc that can be caused by rains in the near future, Minister Basavaraj directed the officials at the meeting held at MCC office to get prepared on a war-footing to tackle monsoon fury by keeping ready two teams of task force — one for daytime and the other for night rescue and relief operations.

Stressing on the need for staying alert round the clock, he said the response teams should act swiftly and address complaints or grievances immediately.

Commenting on the recent meeting between the Chief Minister and Pourakarmika leaders at Benglauru, where the leaders claimed  that officials of Urban Local Bodies, including MCC, were not distributing safety gears such as boots, gloves and gumboots, Basavaraj said that he came to know that the allegations were not correct as the authorities had indeed distributed safety gear to Pourakarmikas. But it has come to his notice that Pourakarmikas  were either not using it in most cases or using it in an improper manner in some other cases, he added.