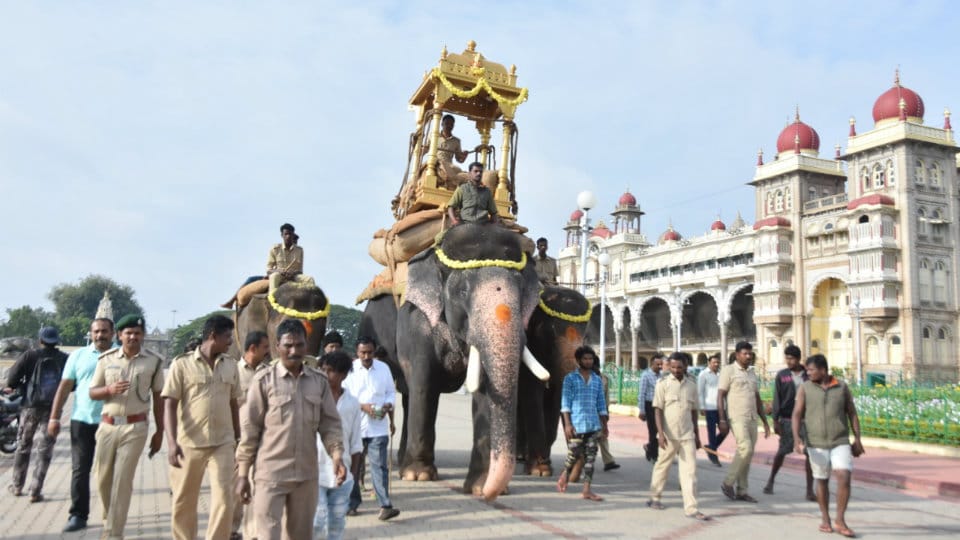 No poll code for Dasara events

Mysuru: With the Election Commission announcing poll code exemption for Dasara events, the people representatives have heaved a sigh of relief.

The poll code will now be in force only in Hunsur sub-division limits as the by-elections will be held for Hunsur Assembly segment on Oct.21.

The poll code came into effect in Hunsur Assembly constituency soon after the Election Commission announced the by-polls schedule on Sept.21.

The people representatives were in a shock as the Election Commission of India (ECI) announced the by-polls schedule for 15 Assembly segments of the State along with the General Assembly polls in Haryana and Maharashtra on Sept.21.

With the poll code of conduct coming into immediate effect after the ECI’s announcement, the people representatives were worried lot as they were forced to stay away from Dasara events. With the poll code in force, RDPR Minister K.S. Eshwarappa had to cancel his meeting with officials on Sunday.

The EC on Sunday clarified that the poll code will be in force only in the area of the Parliamentary / Assembly constituency going to the polls.

Speaking to SOM, DC Abhiram G. Sankar said that the poll code will be in effect only in Hunsur Assembly segment.

The Dasara events have been exempted from poll code and people representatives can take part in the events, he said and added that Dasara Sub-Committee heads and office-bearers can share stage at Dasara events.