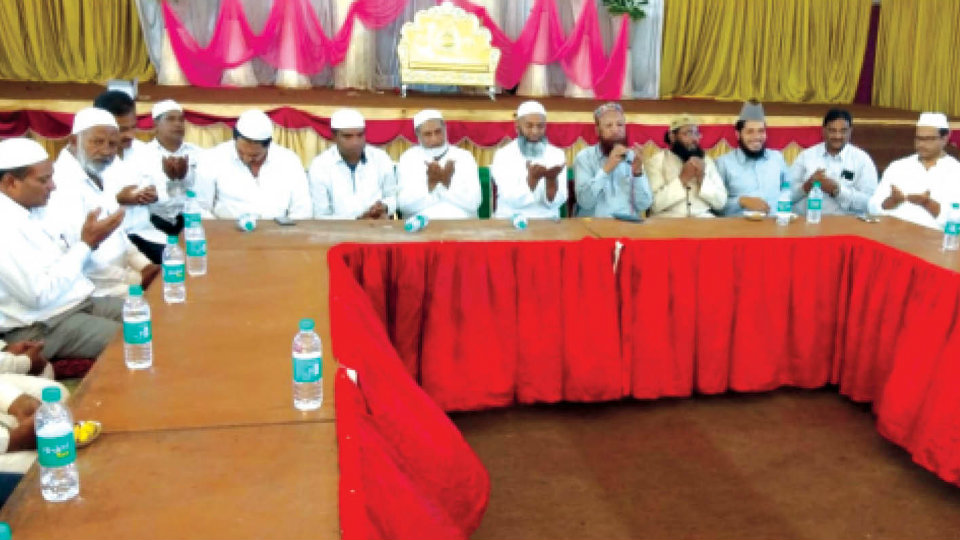 Mysuru: The Mysore District Haj Committee meeting was held yesterday at R.K. Palace, Udayagiri. The meeting discussed the ensuing Haj Training and Vaccination Camp for the pilgrims of Haj-2018 of Mysuru, Mandya and Chamarajanagar districts to be held on July 11 (Wednesday) at 11 am at R.K. Palace Function Hall,  P & T Quarters, Udayagir.

Suhail Baig has requested all the Haj pilgrims of Mysuru, Mandya and Chamarajanagar to attend the Haj Camp on time  and obtain the Health Card, which is compulsory for Haj Visa and other documents to undertake Haj-2018 pilgrimage to Mecca and Madeena.

The Management Committee of Masjid-e-Azam Markaz Ahala Sunnath-o-Jamath, Ashoka Road, Mysuru, has organised Haj- 2018 training camp for the pilgrims at Masjid-e-Azam, Ashoka Road, Mysuru, on July 14 (Saturday) from 10.30 am to 7 pm. Ulmae-Ahal Sunnath-o-Jamath will address the pilgrims. Separate seating arrangements will be arranged for ladies. For details, contact Mob: 9448569987 or 9902433084.