Home » Voice of The Reader » Non-Green Ganesha idols: Do we believe in rule of law? 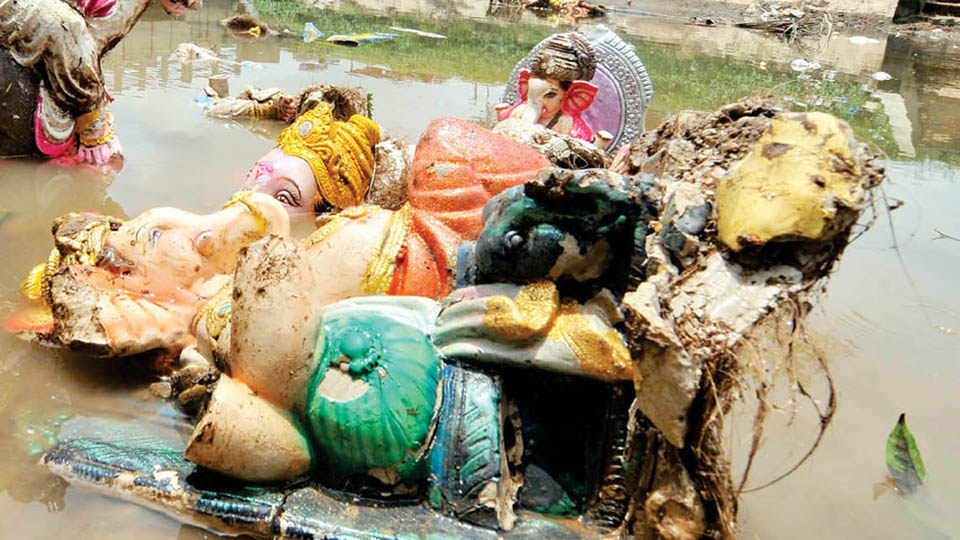 Non-Green Ganesha idols: Do we believe in rule of law?

Your photo-news titled, “It’s PoP culture! Hopes of Green Ganesha Sink” (Star of Mysore dated Sept. 2) will sadden not only environmentalists but also those who believe in the rule of law.

The Deputy Commissioner had conducted the meeting on this subject two weeks back and urged the citizens not to immerse non-green Ganesha idols in water bodies. The Police Commissioner also had warned of action against those who indulge in such illegal activities. NGOs had gone around to educate on the harmful effects of immersing Plaster of Paris (PoP) Ganesha. But all these steps seem to have had no impact on some Mysureans.

Why didn’t the Police prevent PoP Ganesha being immersed? Will they act now so that the unruly elements will be afraid to indulge in such illegal activities at least the next year?

Karnataka State Pollution Control Board also has the responsibility to ensure that guilty are prosecuted.

Let us hope that the rule of law will prevail in Mysuru.