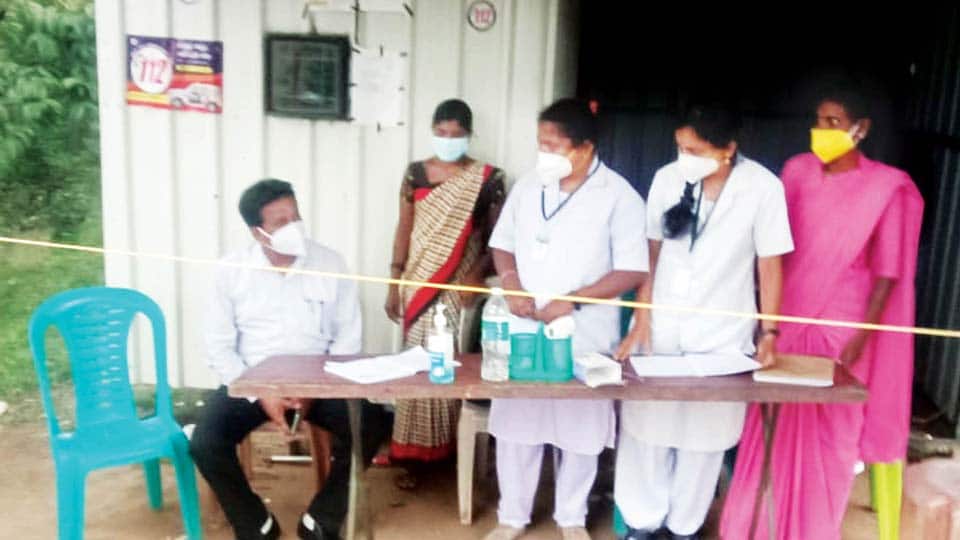 Mysuru: Health officers in Mysuru, Kodagu and Dakshina Kannada are on alert after at least 13 confirmed cases of Norovirus have been recorded in Kerala’s Wayanad district. The disease was first reported in some students of a veterinary college in Pookode two weeks ago.

Norovirus is a contagious virus (water-borne) that is the most common cause of acute gastroenteritis. It is usually more common in cooler winter months, with most outbreaks occurring from November to April.

The most common symptoms are sudden onset of severe diarrhoea, vomiting, nausea and stomach cramps. Some people may also suffer from fever, headaches and body aches.

These symptoms usually start 12 to 48 hours after being infected by Norovirus and typically last about one to three days.

The alert issued by the State Health Department to the three districts say that at least a dozen more in Kerala are showing the symptoms. The district administrations of Mysuru, Kodagu and Dakshina Kannada which share a border with Kerala have been instructed to step up field surveillance at borders and.

Water sources shared at a community level like community wells must be safeguarded and consuming drinking water disinfected with chlorine has been advised. Pre-emptive screening is not possible unless people show symptoms like nausea or diarrhoea. People have been advised not to eat stale food from hotels and not to consume water that has not been chlorinated.

It is a zoonotic virus and mainly comes from stale food and contaminated water. People must drink only warm water and hotels must serve only freshly cooked food. “We have stepped up surveillance at the Bavali check-post at H.D. Kote as it is the entry point from Kerala’s Wayanad. “Every day up to 200 vehicles take this route and we are doing temperature surveillance of visitors to see if they are feverish. We also screen Wayanad visitors coming from Chamarajanagar’s Gundlupet.”