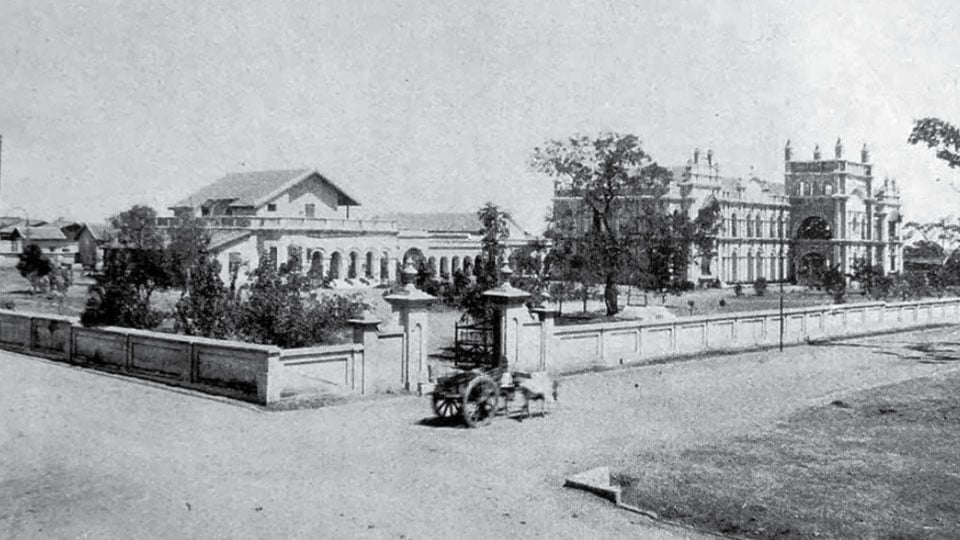 My brother Dr. K.B. Subbaiah on his return from England for good, and deciding to marry of course, joined the Mary Calvert Holdsworth Memorial Hospital, popularly known as Mission Hospital, in the year 1970. I guess it was the first Hospital for those early days for Mysore established in the year 1906. The K.R. Hospital was established by the then King HH Krishnaraja Wadiyar IV in the year 1924. No wonder in the matter of health and education, Christian Missionaries are always in the forefront. It was aptly called “Karunalaya — Home of Compassion.” Being a charitable and self-sustaining hospital, service was the motto, not making profit and pay the doctors high salary like in today’s 5-star and even no-star hospitals!

Since my brother was a top doctor there, I used to visit the hospital often for one reason or the other. It was known for good nursing as also good medical care. Since it was in the outskirts of the city on Sawday Road, Mandi Mohalla, where mostly poor people lived, it attracted more poor people.

It came to be managed by the Church of South India (CSI) since 1974 and grew in its quality of service and infrastructure with more departments — a full-fledged hospital. With a new Executive Committee under the Board of Management and a Director, the hospital was considered the best in the city, next to the K.R. Hospital and in some cases even better. It had best of medical doctors of different specialisations and best nursing care and cleanliness.

Dr. John Eswaraiah was the Director for 20 years and developed the hospital in a remarkable way. My brother Dr. Subbaiah worked with him till he quit to take up private practice in 1980.

I had met one Dr. Tovy over dinner in my brother’s house on the eve of his departure to Australia, his country. He was also a missionary. I guess he had given good donation to the hospital and we find a special ward named after Dr. Tovy. If there is any medical doctor who had lived upto his professional oath and credo, I will include his name on top of the list.

There was one British lady, Mrs. Kay Webb quite bulky in physique staying in the bungalow inside the campus, driving a jeep doing leprosy work with a clinic in Chamarajanagar (which was then part of Mysore district).

The hospital used to get maximum number of patients from Coorg (Kodagu), could be because of my brother who was from Kodagu and also from Chikkamagalur apart from neighbouring districts.

Dr. John Eswaraiah was also taking care of my parents, when needed, as a surgeon. He hit the newspaper headlines once when he attended on a cow-elephant in the Mysore Zoo. When he retired in 1986, after 20 years of  sterling, humanitarian service, Dr. Paul succeeded him and served for 16 years. Later managerial issues affected the name and fame of this iconic hospital which once boasted of ‘service-before-self’ motto by its management and staff.

Now that many multispeciality and corporate hospitals have come up in our city, the people of Mysuru can only reminisce on the past glory of this Mission Hospital. But the good news is that the Mission Hospital is still patronised by the local people of the area and rendering the same kind of yeoman service like any Christian hospital generally does.