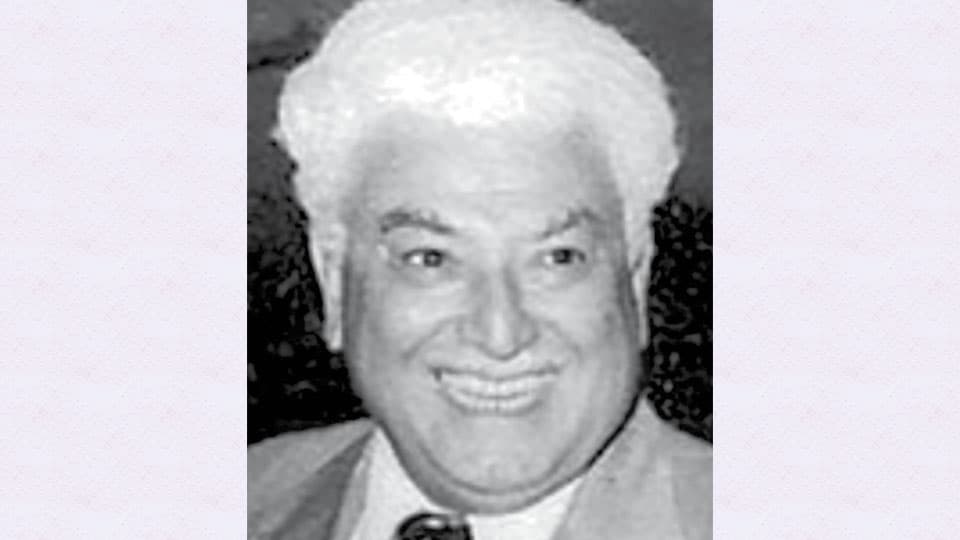 Among the most interesting and colourful persons that I met in Mysore was the Founder, Chairman and Managing Director of the famous Jawa Motorcycle Company, Ideal Jawa India Pvt. Ltd., Mr. F.K. Irani, Farrokh Khudamurad Irani — famously and popularly known as Farrokh Irani. I was introduced to him by my brother Dr. K.B. Subbaiah at the Rotary Mysore when I was in Mysore on leave from Bombay. A magnetic personality — stout, ruddy faced with absolutely pure white hair luxuriously covering his head. A hearty handshake and a winning smile ended my meeting with him.

The second meeting with him was when he came for the inauguration of the Academy Press and obliged me and my brother by inaugurating the Press when the chief guest failed to turn up. In retrospect, his Midas touch seemed to have done its magic. We succeeded, in our own way. ‘God fulfills himself in many ways,’ said Lord Tennyson. It was so with Academy Press.

Later on, I was seeing Farrokh here, there, everywhere in almost every function that I covered for the newspaper. He did not deliver speeches as we know but often delivered a homily or gave a pep-talk. Mercifully, a brief one with a streak of humour. Once he was asked to speak at a function in the small hall of the Institution of Engineers, organised, I guess, by CITB about environment and pollution. To highlight the toxic pollution on the Bangalore-Mysore Highway he said, “I was driving from Bangalore to Mysore yesterday. The road was congested with traffic and when I reached home my wife asked whatever happened to the right side of my head.” It was black, she said in utter surprise.

Yes it was. The black fumes from the passing vehicles left this mark on his otherwise white mane. No doubt, fertile imagination. Let it be.

Farrokh was the most visible and prominent Parsi (Zoroastrian) of Mysore known as an industrialist and a philanthropist. He was highly respected by the people of Mysore. He was also known as a close friend of the late Maharaja Sri Jayachamaraja Wadiyar, the last ruler of Mysore Kingdom with whom he used to play golf.

He moved to Mysore in 1951 at the age of 30 with his wife Sheila Irani as the Managing Partner of Dasharath & Co. In 1961 he established the iconic Ideal Jawa India Pvt. Ltd., and was its Chairman between 1961-1985. It was closed down in 1996 due to several reasons. He had many business and industrial interests, including the Yezdi Distilleries, Mysore, started in 1970. A successful industrialist and most loved socialite, a celebrity of our city with a charitable disposition of such nature that nobody went empty-handed from him when donation was sought.

It is said in England that whenever there is trouble in Heaven, Gods always sent for the Englishman. Likewise, whenever there was some social work to be done or a calamity was to be managed, the first person called for the crisis management was Irani. When Dasara was stopped he was there as the President of Citizens Dasara Revival Committee 1975; when the Devaraja Market caught fire in 1981, he was the first one to be there at night with men and equipment and later as a member of the Reconstruction Committee.

When former Chief Minister R. Gundu Rao wanted to build the Chamundi Vihar Sports Complex, I was there at the foundation laying function. Irani was the first to announce a handsome donation even as Chief Minister Gundu Rao beamed a broad smile!

He was so much in demand by the city people of different groups and organisations seeking help that it was no surprise he was a Member or a Trustee or the President of over 30 such bodies in city.

He was like a Life President of the City’s Premium Social Club Sri Kanteerava Narasimharaja Wadiyar Sports Club. I think he was its President  for 25 years. He was the Chairman and Senior Steward of Mysore Race Club (MRC) continuously for 14 years and when he quit in 1983, I guess, due to health reason, I gave the following headline as the lead: The King Abdicates! That  evening he called me and asked how I knew his middle name was indeed King and appreciated the headline. I thought it was a fine co-incidence  because I used the word King only as a metaphor to a man who held the highest office of the MRC continuously for so long and thanked him for calling. It was only later I  was told his middle name was Khudamurad and hence Farrokh K. Irani. He was merely joking with me!

Rajya Sabha Bhushana and Rajaseva Dhurina Sirdar are the two titles he was given by H.H. Jayachamaraja Wadiyar, former ruler of Kingdom of Mysore. I think by virtue  of the title Sirdar, he could have used it as a prefix to his name like others who got that title were using it and we would be addressing him as Sirdar Farrokh Irani !

I learn he was also being considered for a Padma Sri Award but just missed it. However, a grateful city would always remember him as one of its role models of a son. He had indeed enriched the social and industrial life of our city to its full potential at that time.

He died in Mumbai in 1985 at rather young age of 64. I would say, Farrokh K. Irani served our city well and passed away leaving a legacy for all of us to emulate.

3 COMMENTS ON THIS POST To “Nostalgically Speaking — 4: Farrokh K. Irani”