Home » Columns » Abracadabra By K. B. Ganapathy » Musings on MySugar: May the sugar be sweeter 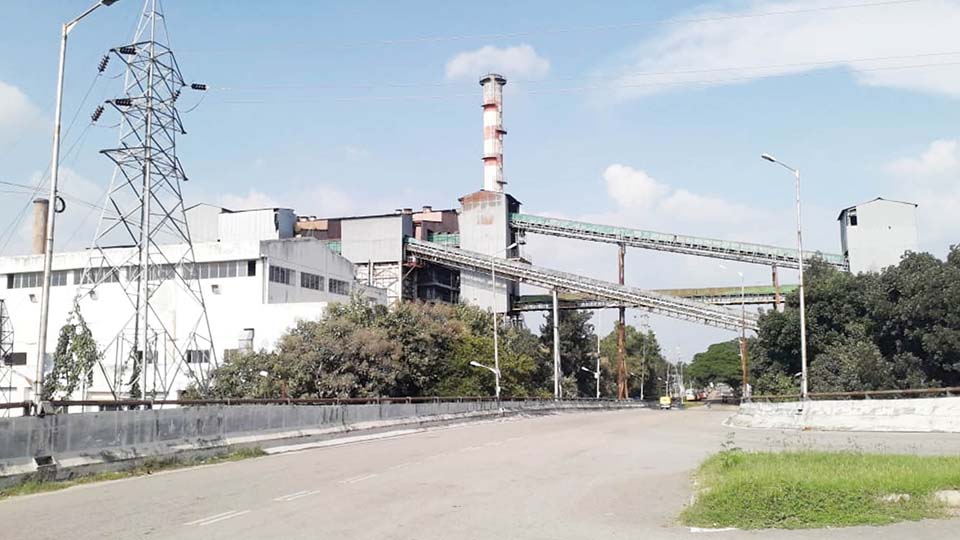 Musings on MySugar: May the sugar be sweeter

Air-India comes back to TATAs ; Business of Government is not to be in business

Our Mandya farmers must be the happier lot now. After years of uncertainty about the local Sugar Factory (Mysore Sugar Company Limited) which was deep in loss and was virtually closed, the farmers whose primary commercial crop is sugarcane, heard the good news. This loss-making, State-run MySugar Factory would not be privatised after all. Farmers were against handing over the factory to private hands. They may be having apprehensions about getting a fair and good price for their product or timely payment for their supply and related issues if it is privatised.

At the meeting held by the Government with all the stakeholders present, it was decided the Government will manage the factory for two years and thereafter it will be handed over to the Factory Management Board. How this Board will be constituted and who will be its members was not spelled out, anyway. If the politicians are going to be in this Board, then God help the Factory.

In about the year 1977, I had visited the Office of Pandavapura Sugar Factory and met the CEO or the Chief who was middle-aged and, I think, a KAS Officer. Fine gentleman. In the course of our friendly conversation over tea and pakoras, he told me why he was unable to run the factory successfully despite his experience and good intentions. Too much of political interference in the appointments and daily administration. Even tendered works and purchases are interfered with. “I want to go away from here.” His language, both Kannada and English, was cultured and immaculate. According to him, the farmers were innocent and easily influenced by politicians not realising the adverse effect on them as a result. “No wonder these politicians tell me the farmers are with them.”

The Chief Minister of the State, after two years, must entrust the management of the factory to the proposed Factory Management Board which is not dominated by bureaucrats or politicians. An experienced technocrat should be the CEO or the Chairman of the Board and others should be persons of repute known for honesty and community service.

However, for now, as per the report, Chief Minister Basavaraj Bommai had said that under the Government management for two years, he would post an efficient Officer (could be IAS, IRS or of that rank, I guess) as the MD with experts to assist the MD. Importantly, Auditor General will be drafted to help. Too good to be true. But all good intentions do not always lead to good results. Let us hope that will not happen.

However, having seen Public Sector Units (PSUs) guzzling tax-payers money under the ‘Socialistic Pattern of Society’ of Nehruvian and Indira Gandhi era, the Government management of business or industry is always suspect. Which is why it is said, ‘the business of the Government is to govern, not do business.’ But curiously Governments succumb to the demands of the politicians. Well, after all, Government is formed by politicians. Shut up, you stupid. Let it be.

Here, I would like to recall what Nani  Palkhivala, the famous Constitutional lawyer and Indian Ambassador to America had said: We can reach great heights when each citizen (farmer, bureaucrat, technocrat or politician) recognises his duty as a nation-builder!

He says in his book “We, the People” that it is the organisation which enables any enterprise to put its talent to maximum advantage. Therefore, the State Government must go for talent to run MySugar Factory. Along with talent, the manpower should also be free from corruption and must be honest.

Let me again recall what Nani Palkhivala had written:

“At the Cessna Aircraft Factory in Kansas State (USA), I met a couple of Indian technicians who had migrated from Hindustan Aeronautics Limited  (HAL) at Bengaluru. They told me that 10,000 workers are employed in the Cessna factory and they produce 5,000 planes a year. But 35,000 workers are employed in HAL and they produce 100 planes a year. …most enterprises in India have yet to learn the art and science of management.”

I think TATAs in India are at the top in this management skill and genius. About it later.

But here, I would like to say that MySugar Factory is no ordinary factory. It is Karnataka’s iconic factory. Like Rolls-Royce is an iconic brand of England which when in trouble and was about to be sold to an American Company, the pride of Englishman did not allow it to be sold. They revived it. Likewise MySugar too should not be sold or closed. It must be revived to its old glory. MySugar is neither a Sugar Factory nor an Industry. It is an institution whose DNA is made up of the labour and sweat of sugarcane growing farmers.

READ ALSO  Frailty thy name is not woman, thy name, in truth, is Man!

It seems its origin goes to Mandya Sugar Factory (as it was known then) opened in 1833-34 (probably by some Englishman like the Consolidated Coffee Limited in Kodagu) during the days of the Raj. Initially, it was producing 5,000 tonnes of crushed cane per day.  Then, after 100 years, in 1933 it was incorporated as Mysore Sugar Company Limited as a registered State Government Company, under Maharaja.

According to an Evaluation Report-2015, there were two Mills — one 80-year-old and another 40-year — and both Mills have outlived their utility. There was total decline in productivity and snags that were resulting in frequent breakdowns. Sadly, money pumped in was not scrupulously used (you know what!) and each management found it hard to resolve many issues that cropped up. Anyway, all is well, that ends well for NOW. Let us wait and watch.

This reminds me about Air-India, India’s iconic Airliner, once owned and run by TATAs. Sadly, Janata Government in 1977 took it over under Government’s management and that was the end of Air-India’s glorious days  — so also of the iconic Mascot Maharaja. With bureaucrats and politicians in charge, Air-India began to suffer loss and also lost its image as the best Airlines competing with other International Airlines.

Now that Air-India has come back to TATAs after a tender, as per procedure, it has once again proved the truism that the business of Government is not to be in business.

This also reminds me about our city’s Vikrant Tyre Factory on KRS Road and Hebbal Industrial area. It was started by a private entrepreneur in the late 1960s, I think, as a Limited Company. However, as expected those days red flags went up before the gate and soon it was to be closed.

Thanks to Azeez Sait and other leading politicians, the factory was taken over by the State Government and I knew two of its IAS Managing Directors. The labour trouble persisted even as its popular brand “road king” bus tyres became so famous, demand was pouring in from State Transport services of other States also. Yet it was a loss-making unit.

Finally, it went to the hands of JK Tyres and has been doing very well for over two decades now. Let me say it again. The business of the Government is to govern. Government is not to be in business.

2 COMMENTS ON THIS POST To “Musings on MySugar: May the sugar be sweeter”