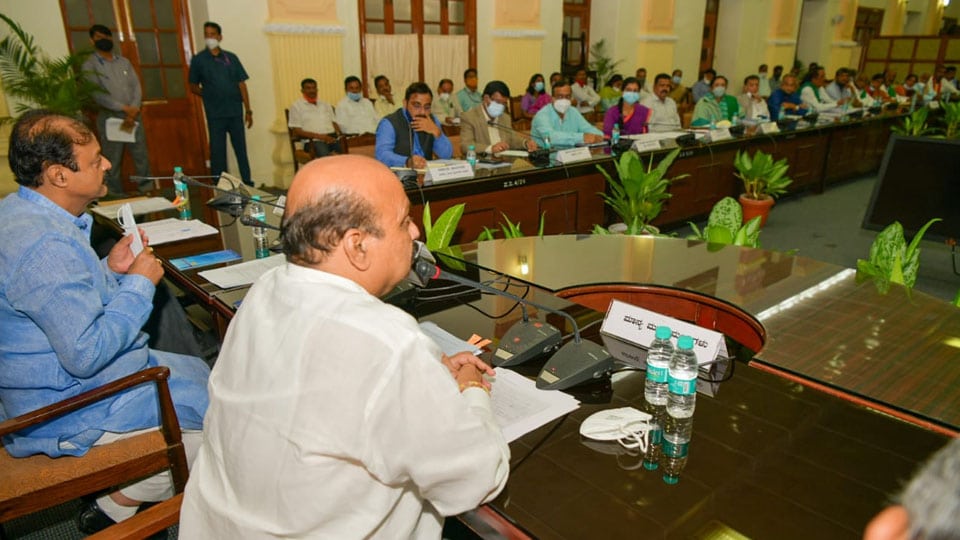 Bengaluru: In what is a welcome decision for farmers and the people of Mandya, the State Government on Monday announced that it would halt the move to privatise the loss-making State-run MySugar (Mysore Sugar Company Ltd.,) factory at Mandya and run the factory on its own for two years.

Chief Minister Basavaraj Bommai made the announcement soon after he chaired a nearly three-hour meeting with farmer bodies and elected representatives from Mandya district, at the Conference Hall of Vidhana Soudha in the State Capital.

Bommai said that the earlier Cabinet decision to privatise the only State-owned Sugar factory in Karnataka will be reviewed based on an Expert Committee’s recommendation. The Expert Committee will be set up to study the condition of the machinery and other technical aspects, the finances needed to restart the factory and the funds required to make payments to farmers for sugarcane, he  pointed out adding that the Committee would be asked to submit its report within three months.

“The State Government will manage the factory for two years and depending on the outcome, it will be handed over to the Factory Management Board thereafter. As a temporary measure for the benefit of farmers, the sugarcane supplied this season will be sent to other factories for crushing and the officials have been asked to make earnest preparations in this regard,” he pointed out.

Noting that the Committee will look into value addition to the factory’s production, Bommai said that merely producing sugar is not profitable and the Government will look into how molasses can be used for other value-added products.

READ ALSO  Five youths killed in two accidents: All the victims were in their twenties

He further said that an efficient officer will be posted as MD of MySugar factory and along with the officer, industrial experts will be appointed and the Auditor General’s help will be sought to audit the factory accounts.