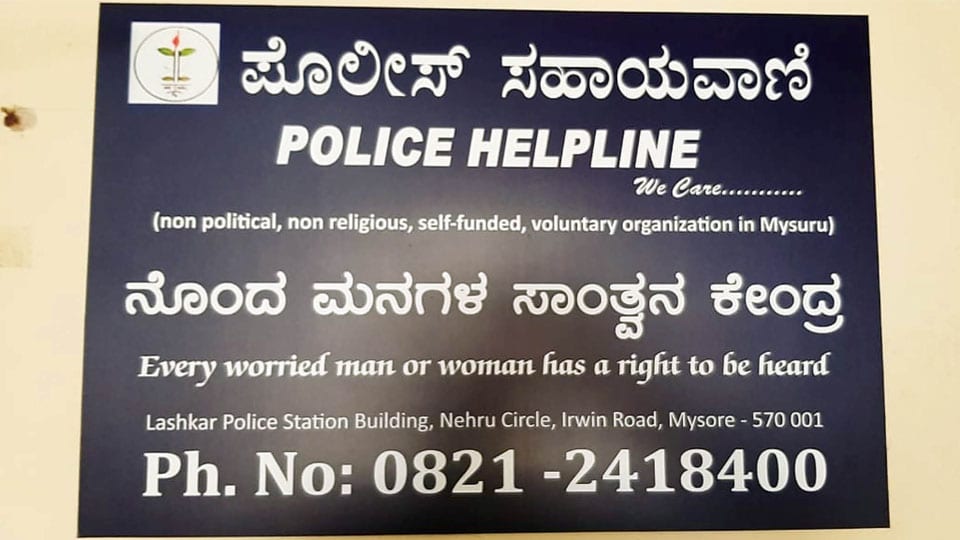 Now, hubby-wife fights too under ‘lockdown’

Mysore/Mysuru: From Brazil to Germany, Italy to China, there are reports of increasing cases of domestic violence during lockdown as the vulnerable women and their ‘abusers’ stay under one roof and calls to Helpline numbers have surged. However, in many places in India — a place where every third woman has faced domestic violence — calls to Helpline numbers have dropped.

This trend can be witnessed in Mysuru too with the Police Helpline number (Santwana Kendra 0821-2418400) set up at Lashkar Mohalla Police Station getting less calls both from women who are victims of physical violence and also from men who are subjected to harassment by wives and in-laws.

Started in July 2000, the Helpline till now — 21 years — has got over 39,293 cases, a majority of them being from women victims and the Police along with counsellors, social activists, doctors, senior lawyers and also social workers have solved 38,235 cases through one-on-one sessions with both husbands and wives and also in-laws at times.

“When the tension outside goes up, violence on women and children increases at home and as there is a lockdown — stricter during the first wave — the cases would have come down. Also, at many homes, the domestic chores are shared between the couples and this might have led to increased understanding. Also, the availability of liquor too is restricted and people cannot drink anywhere and everywhere like earlier and this too has contributed to decrease in fights,” Vice-President of Santwana Kendra Samithi Dr. S.N. Mothi told Star of Mysore.

Many companies opting for work from home too is a reason for fewer fights as couples stay always under one roof and also understand each other better. Plus, there is no tension of travel and the pressure from offices is considerably less in working from home environment.

“Forget lockdown. Even in normal circumstances, we do not have a robust reporting system. We do not have the structure to find out the extent of violence against women. The numbers are only reported cases, only if the woman has gone to the Police Station or called the Helpline. What about unreported cases where women are forced to live with perpetrators?” asked Divyashree, a counsellor-cum advocate.

However, officials from the Women and Child Development Department said that the inability of women to step out or call amidst the lockdown might have resulted in a dip in the number of cases of domestic violence.

“How can we expect a woman to call when the entire family was closeted together during the lockdown? We will know once the restrictions are lifted and the data will be compared to arrive at a conclusion,” said an officer in the Department.