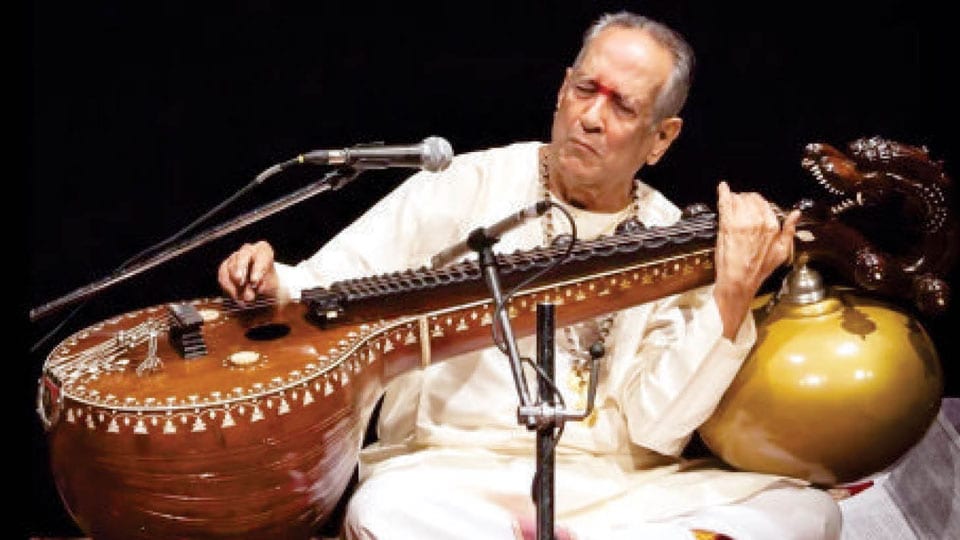 Mysore/Mysuru: Sri Thyagaraja Sangeetha Sabha Charitable Trust, Mysuru, will present an online veena concert by eminent senior musician Prof. R. Visweswaran on their YouTube channel. The concert, which is in two parts, will be premièred at 5 pm on next two Saturdays (May 22 and May 29) respectively.

Prof. R. Visweswaran is an internationally acclaimed veena player, vocalist, musicologist and composer and writer. He has performed on number of reputed platforms  at home and abroad in his musical journey of more than eight decades. His unique veena playing style, adherence to purity, original insights in his writings and series of popular lecture demonstrations have drawn appreciation from music lovers, scholars and critics across the globe. He has been conferred with several National and State  awards.

Prof. Visweswaran will be accompanied by Vid. Tumkur B. Ravishankar on mridanga, Vid. G. S. Ramanujan on ghata and Vid. V. S. Ramesh on morching.