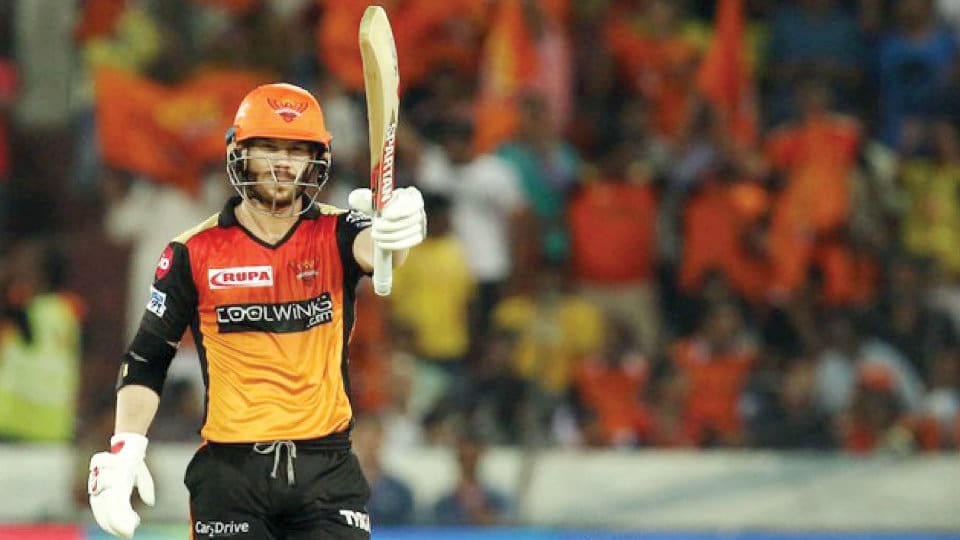 Chasing 133, the hosts were off to a flying start as the opening pair of David Warner and Jonny Bairstow put up 66 runs for the first wicket in 5.4 overs.

Warner notched up his 41st IPL fifty in 24 balls only to be dismissed off the very next ball. His innings included 10 fours. SRH captain Kane Williamson was dismissed for three by Imran Tahir. The leg-spinner also dismissed Vijay Shankar for seven runs.

Bairstow remained unbeaten till the end as he and Deepak Hooda (13) added 26 runs for the fourth-wicket to keep SRH in hunt. Bairstow finished the match with a six. The English wicket-keeper scored 61 not out. This was his maiden IPL fifty. His innings included three fours and three sixes.

With this win, SRH move up to the fifth position on the points table while CSK continue to stay at the top.

David Warner was chosen as ‘Man of the Match.’