Home » Feature Articles » Other meanings of a Lotus 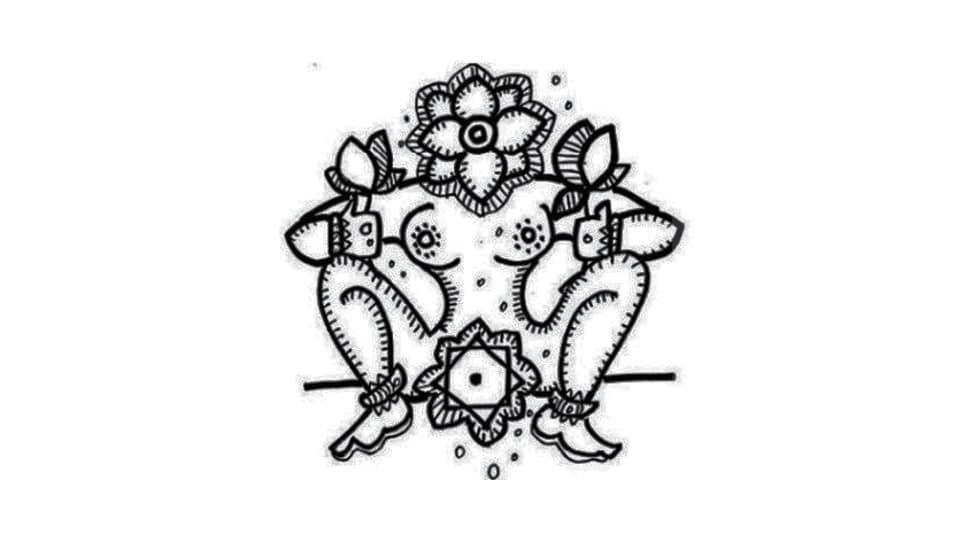 Other meanings of a Lotus

Draw a square on a piece of paper. Now draw another square over this square, rotating it at a 90-degree angle. You will get an eight-pointed star, pointing to the four cardinal and four ordinal directions.

In tantric yantras, this represents the Lotus, which simultaneously symbolises nature, womanhood and material reality, full of the nectar of wisdom sought by the bumblebee. Every chakra of the tantric physiology located along the spine is visualised as a lotus flower; the topmost in the head being one with a thousand petals, which reveals cosmic awareness when unfurled.

The lotus plays a critical role in Hindu, Buddhist and Jain mythologies, in fertility rituals as well as monastic orders. It is the seat of Lakshmi, Goddess of Fortune, as she rises from the ocean of milk, as well as of Buddha, in the paradise known as Sukhavati of Mahayana Buddhism. In Jainism, the blue lotus is the symbol of Naminatha, the 21st Jina, whose aura was so great that even before his birth, he was able to stop the war that threatened his father’s kingdom of Mithila.

Hindus believe when the world began, it bloomed in the presence of consciousness like the lotus flower blooms in front of the sun. So in art, the lotus has been used as the symbol of creation. It rises from Vishnu’s navel. Brahma, the creator, sits on this lotus flower, wondering what this world is all about.

The primal Earth Goddess, whose image is made of clay and found in many parts of India, is nameless, but art historians call her Lajjagauri (the shy mother) as she is visualised as a woman baring her genitals, while holding lotuses in her hand, with her head covered with a lotus flower. Her fragrance and nectar attracts bees and butterflies towards her. The lotus bud is associated with a Virgin Goddess in bronze Chola images, while a fully grown lotus flower is associated with a matured woman, who is sexually experienced.

Such worldly meanings of the lotus is contrasted by spiritual meanings. The lotus flower is said to be beauty that can rise out of muck and still remain pristine, covered in dew that is unable to stick to its leaves. This makes it the perfect symbol of detachment. One of the forms of Buddha is called Padmapani — he who holds the lotus in his hand. The story goes that when someone wanted to understand the meaning of the long discourse given by the Buddha on rising above suffering with a gesture or symbol, Buddha simply picked up a lotus flower.

Decoding Mythology Dr. Devdutt Pattanaik
Employment-Emolument
Love and War in Democracy: Will 1977 history repeat itself in 2019?