Home » News » Oxygen has been supplied across the country on a war-footing: Anurag Thakur 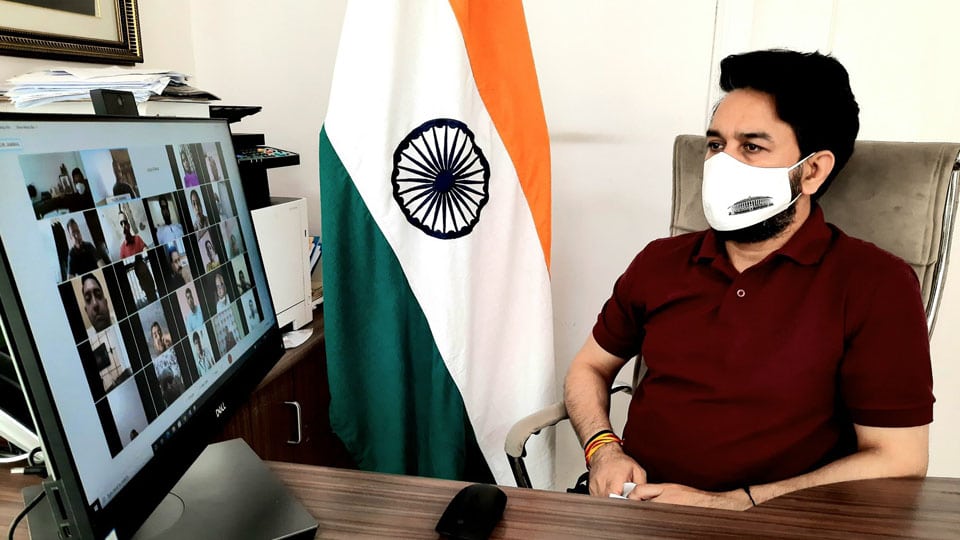 Oxygen has been supplied across the country on a war-footing: Anurag Thakur

Hamirpur (HP): Union Minister of State for Finance and Corporate Affairs Anurag Thakur has said that oxygen has been made available in all parts of the country as per the demand on a war-footing.

While addressing a virtual meeting with the party activists on Sunday night, he said that in order to win and save lives during the second wave of Corona pandemic, the need for medical oxygen was felt throughout the country, which has been provided.

He said that during the last one-and-a-half years, the pandemic has shaken the whole world and presented a very big challenge to mankind. He said during the second wave, the increased cases across the country were the result of the negligence that was shown by everyone after the weakening of the first wave. He exhorted party cadres in general and common people in particular to be vigilant while dealing with Corona-related issues.

The Minister said that many resource-rich countries of the world like the United States of America could not survive the severe outbreak of Coronavirus but in India people showed their grit and their capacity how to deal with the virus.

Whereas it seemed necessary to provide ration to the needy along with mask, sanitiser, PPE kits in the first wave last year, this time it proved to be necessary to ensure the arrangement of the oxygen cylinder and oxygen plant during the second wave, he added. He said that where the country used to consume around 1,000 tons of oxygen before April, 2020, this figure had increased to 9,000 tones now.