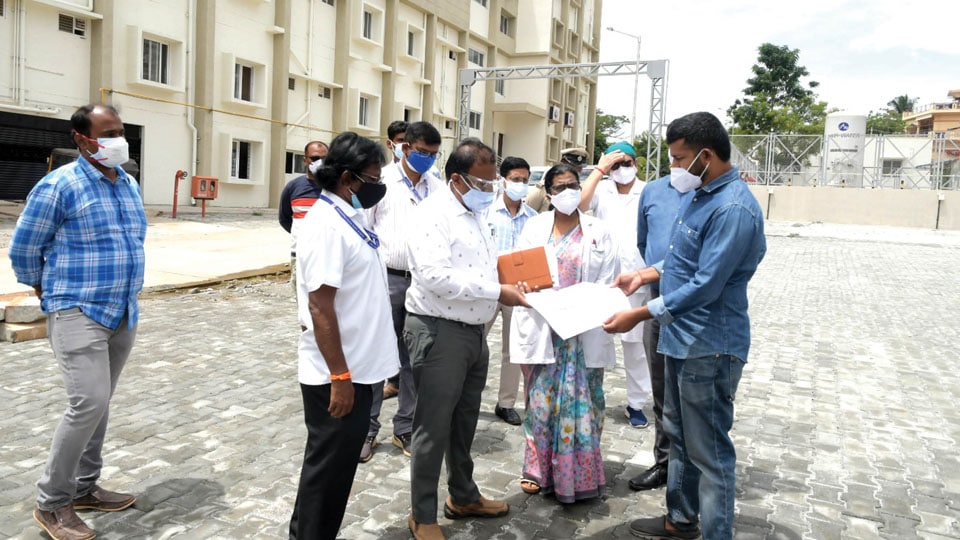 ‘Oxygen Plant in District Hospital to be commissioned in a month’

Speaking to Star of Mysore, MP Pratap Simha said that the NHAI is installing the 1,000 Litre Per Minute (LPM) Oxygen Generation Plant in the District Hospital premises at a cost of over Rs. 1 crore under a Central Government plan envisaged by Prime Minister Narendra Modi.

In all, 1,200 such Plants will be installed across the country in the wake of sudden surge in demand for Medical Oxygen driven by COVID-19 pandemic. This one is the second Plant to come up in the city after the first one at K.R. Hospital premises, which is set to be commissioned by the end of this month.

Maintaining that the District Hospital Oxygen Plant is likely to be installed between July 15 and 20, he said that he has inspected the site and received inputs from the authorities on the preparations being made.

Asserting that the two Oxygen Plants that will come up in the city is expected to cater to Oxygen needs of the district, he reiterated that both the Plants are being installed out of Central funds.

The MP further said that he will be visiting Kodagu also during which he will inspect the District Hospital at Madikeri and inspect the site where the 1,000 LPM Oxygen Plant will come up there too.