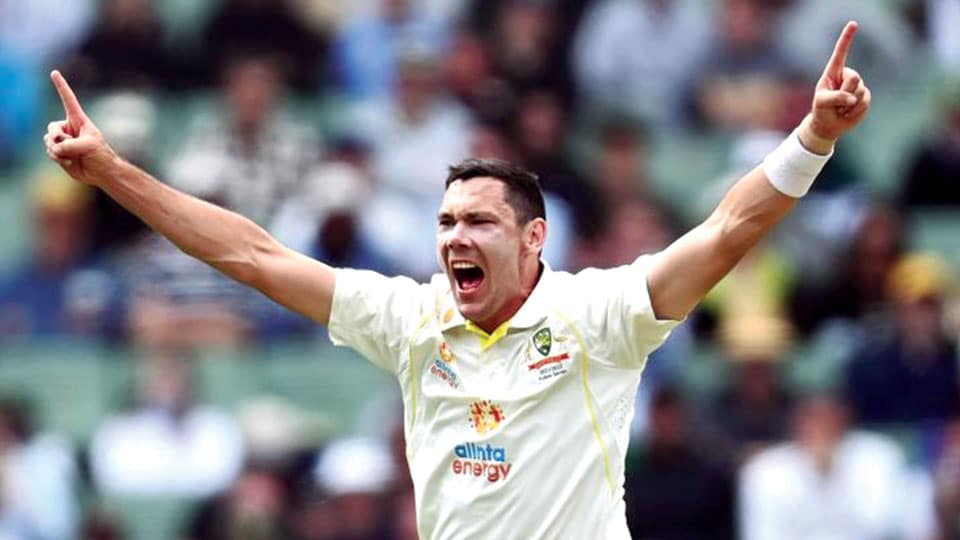 At the ‘Boxing Day Test’, Scott Boland, the only 2nd male Aborigine, after Jason Gillespie, skittled the  Englishmen running through the side in a devastating spell of 4 – 1 – 7 – 6 in the 2nd inning. It was a treat to watch. Every wicket was purchased — with immaculate line, length and bounce — than anything given away. Befittingly, he received the ‘Player of the Match’ and the Johnny Mullagh Medal commemorating 1868 tour of Aborigines to England. Incidentally, Mullagh was a fine Victorian all-rounder on that tour and was inducted into ‘Australian Cricket Hall of Fame’ in the year 2020; posthumously.

It is apt to mention here that Andrew Symonds is/ was mistaken to be an Aborigine and the 1st to have represented the OZs. In fact, Symonds history traces its root to the Carribbean; where an English couple seemed to have adopted him while he was a baby. Well, on to cricket now.

It was an abject surrender by the English at the iconic MCG; in the 1st session of day 3; of the 3rd Test of the Ashes Series; having lost by an inning and 14 runs. Earlier, they had lost at Gabba by 9 wickets; a huge margin and at Adelaide by 275 runs; again a huge margin — not consistent with English in an Ashes Series.

English selectors lost the plot in the 1st Test itself. Beginning the series with the best pacers and aiming for the proverbial ‘Kill’ spells the much-needed momentum in such hard-fought series. It all started at the Gabba, Brisbane, where for reasons best known to the English selectors they went in without Jimmy Anderson and Stuart Broad; their best pacers over a decade. That was compounded by lack of substance in the top three batsmen; rendering the middle order highly vulnerable. Huge Loss at Gabba weighed heavily on the minds of the English. Rest is history now. In as much as it is a challenge in the world of finding a genuine opening batting pair, it has been so to the English too. Neither of Habeeb, Burns and/ or Crawley bear the class of openers; shaky and in self doubt. Middle order in Skipper Root and Malan were good but in patches. Pope, Stokes, Buttler, Bairstow were all very ordinary.

READ ALSO  Loss to Pak - Not the end of the world

For the OZs, David Warner and Steve Smith seem to have overcome the miserable memories of the IPL. Both had to be dropped on account of poor form. In the Ashes, Warner missed a hundred twice and Smith once. Great recovery. Labuschagne added sheen with two 50s and one hundred and continues his phenomenal ride. His Test record reads 21 Tests, 12 fifties and 7 hundreds averaging over 60; stupendous. While Boland deserves all the credit, OZ skipper Pat Cummins and Mitchell Starc were lethal too. That Nathan Lyon didn’t have to bowl a single over in the 2nd innings of the 3rd Test is a proof of dominance of OZ seamers.

Switching on the TV at 5.30 in the morning was refreshing; Gabba to the MCG — save the Pink Ball Day Night Test at Adelaide. It was all ‘Kabhi Khushi Kabhi Gham’; for a cricket lover that I am. Now, watching our boys at the Centurion, South Africa — and praying for victory in the 1st Test.

Ashes Cricket Talk V.N. Prasad
Falling balustrades on Raja Marga: A suggestion
What it takes to be a leader? —1