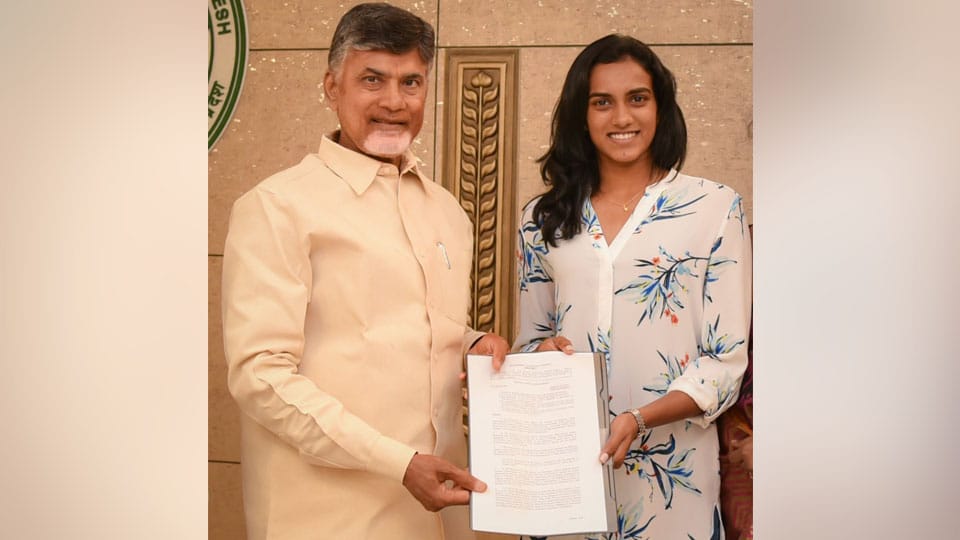 Chief Minister N. Chandrababu Naidu handed over the appointment letter to her at the State secretariat in the presence of her parents. Speaking on the occasion, the ace shuttler said she was happy to receive the appointment letter. She, however, said badminton would remain her first priority.

Chandrababu Naidu hoped that she would score more victories and bring laurels to the Country and the State. The State Government has asked Sindhu to join duty as Deputy Collector within 30 days.

In May, the State Legislature had passed a Bill amending the State Public Services Act to appoint Sindhu as a Group-I officer in the Government.

Although Telangana had also offered her a job, Sindhu accepted the offer of Andhra Pradesh, the native State of her parents.