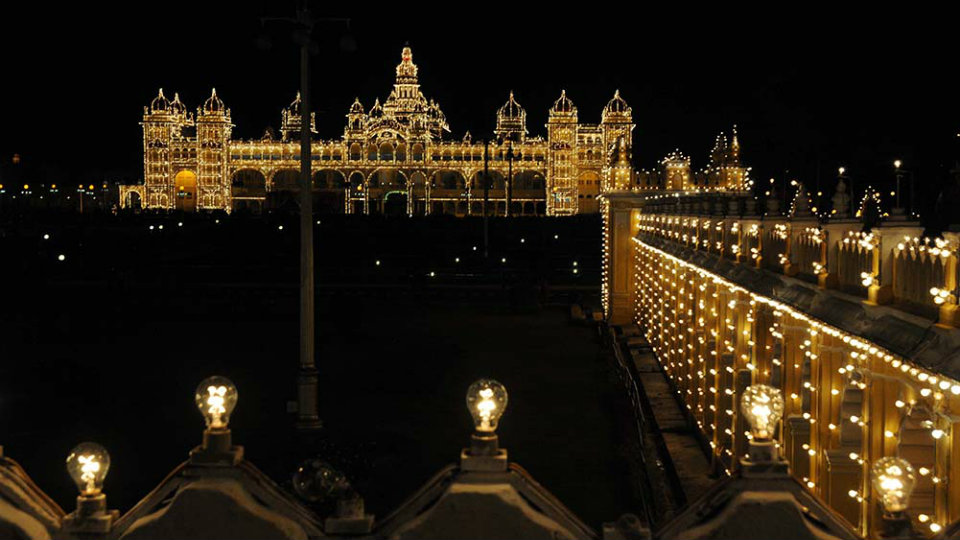 Mysuru: As the week-long State Mourning has been declared following the passing away of former Prime Minister Atal Bihar Vajpayee on Aug.16, Mysore Palace illumination has been cancelled tonight.

Also, the Sound and Light show has been cancelled till Aug.22, according to Palace Board Deputy Director T. S. Subramanya.