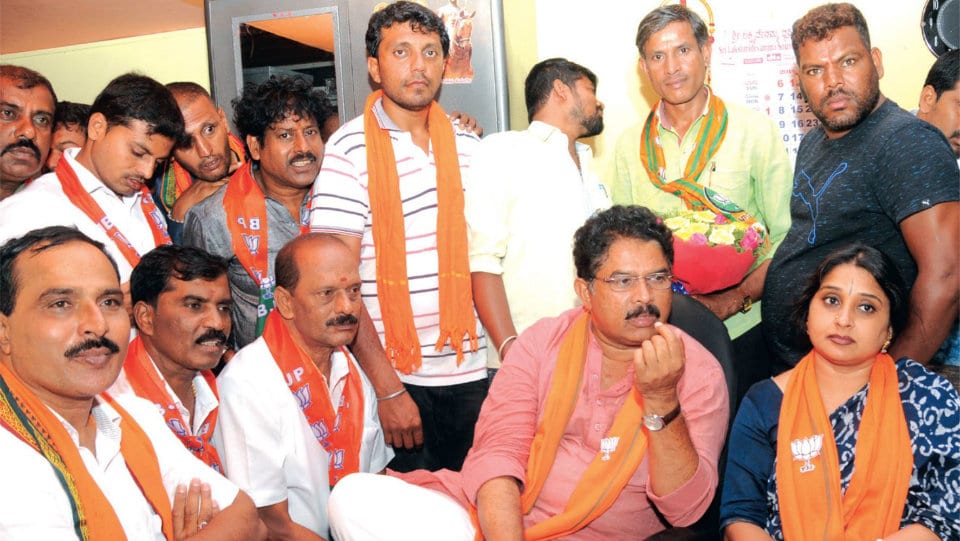 Speaking to press persons after campaigning for Chamaraja BJP candidate L. Nagendra here on Wednesday, Ashoka maintained that Siddharamaiah would lose in both Chamundeshwari and Badami, from where he (CM) is contesting.

Alleging that Siddharamaiah’s arrogance and audacity had crossed the limits after becoming the Chief Minister, he targeted the CM for attempting to divide the society on caste lines.

Launching a scathing attack on the Congress Government, Ashoka alleged that Siddharamaiah has edged out and had meted out injustice to senior Congress leaders like Mallikarjuna Kharge, Dr.G. Parameshwara, M. Veerappa Moily, Janardhana Poojary, A.H. Vishwanath and K.H. Muniyappa.

Alleging that the CM set up ACB (Anti Corruption Bureau) to save himself from prosecution in many cases, he said that Siddharamaiah would be the last Congress CM of the State. Accusing the CM of berating top leaders such as PM Modi, Amit Shah, B.S. Yeddyurappa, H.D. Deve Gowda, etc. by speaking against them in singular, Ashoka asked the CM to learn parliamentary language first before making charges against opposition leaders.

Claiming that the CM was staring at defeat in both Chamundeshwari and Badami, the BJP leader appealed the electorate to vote BJP to power for all round development of the city.