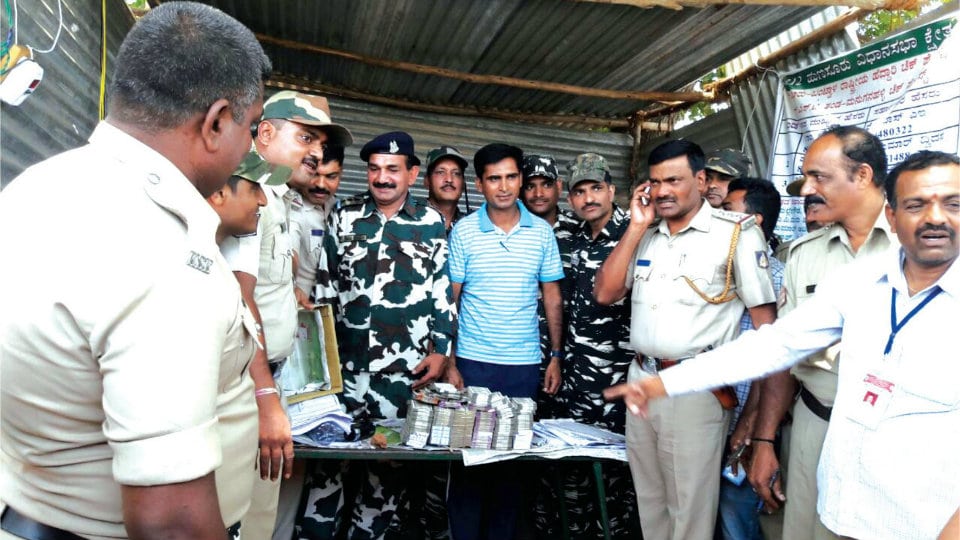 Hanagodu: Election officials, Police and Paramilitary forces guarding the Manuganahalli check-post near Bilikere on the Mysuru-Madikeri Highway were in for a surprise this noon as unaccounted cash worth Rs. 50 lakh was seized from a KSRTC bus.

The bus (KA-19-F-3142) was on its way from Mysuru to Udupi via Mangaluru and there were over 50 passengers. As a routine election process, officials and Excise staff intercepted the bus at around 12 noon and when they checked the bus, they found a cardboard box under the seat at the last row seat of the bus. When asked about the box, no one claimed it as theirs.

Suspicious, the officials opened the box only to find new notes in the denominations of Rs. 2,000 and Rs. 500. As the cash was being removed from the box and placed on the seat, officers and the Police began grilling the passengers and no one claimed ownership. In all, Rs. 50 lakh have been found stashed in the box. The box was placed in such a way that its sides were covered with other luggage.

The bus was halted immediately and the Police informed the District Election authorities who directed the Police and the officials to grill the bus driver and conductor. However, both of them claimed ignorance as to who boarded the bus with the box. 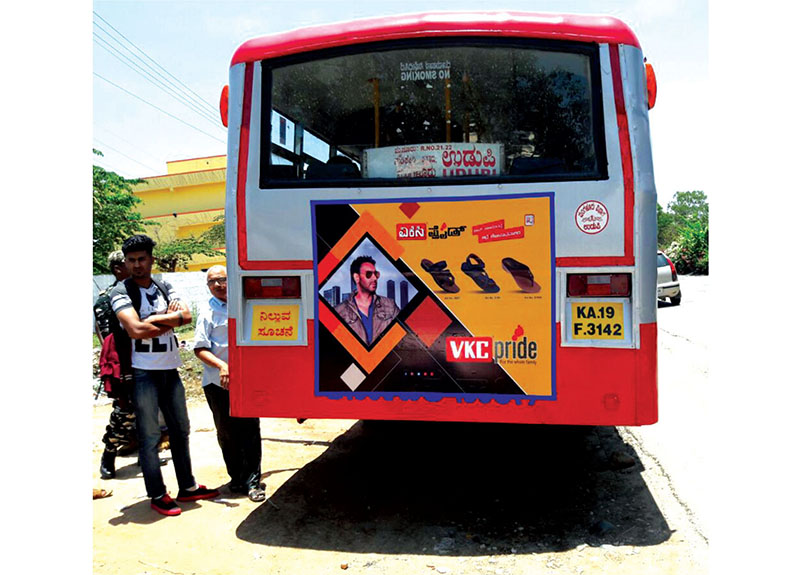