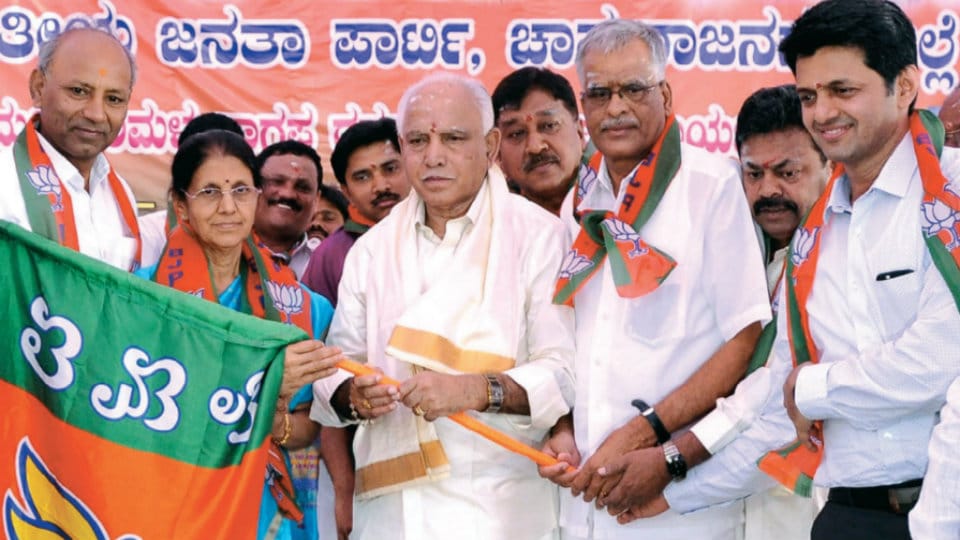 Former MLA and JD(S) leader Parimala Nagappa joined the BJP at a programme organised at MM Hills in the taluk yesterday.

Parimala Nagappa is the wife of former Minister Nagappa, who was killed by forest brigand Veerappan about 15 years ago.

Speaking after joining the BJP, Parimala said she was joining the party in order to realise Prime Minister Narendra Modi’s agenda of making the country Congress-free. Welcoming Parimala Nagappa into the party, former CM and State BJP President B.S. Yeddyurappa said Parimala will get due respect in the party.

Pointing out that the induction programme was organised at M.M. Hills on the request of Parimala, he said that Parimala’s entry to the BJP will give a big boost to the party in the taluk.

Claiming that the Congress Government was mired in corruption, he said that the people who were fed up with Congress party’s loot and family politics of JD(S) were looking at the BJP for good governance.