Home » Voice of The Reader » Payment of MUDA property tax: Some suggestions 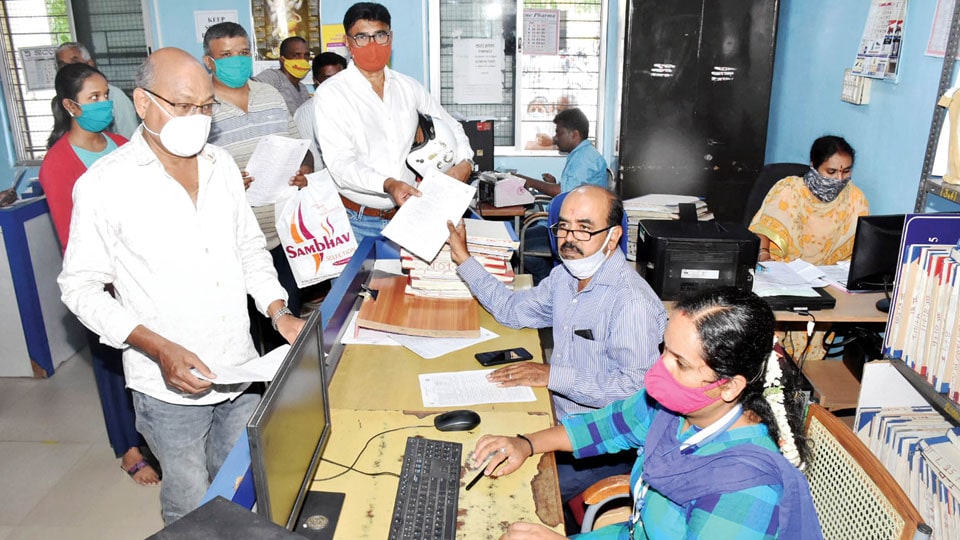 I along with my father aged about 82 years went to the MUDA Office for payment of property tax for the year 2021-22. When we went there only one counter was open inside the Office building.

The security guards instructed us to join the queue which had followed social distancing but it was moving slowly. Citizens had come for payment of taxes for sites, houses etc.

Suddenly one official came and opened one more counter outside the Office building. Immediately, those who were in line rushed to that counter ignoring social distancing. Later that official said he will issue challans only for house tax and e-khata holders.

This created confusion among the citizens since those who went to that counter thinking for faster payment of taxes included citizens for payment of site taxes also.

After a couple of minutes one lady higher official came and started scolding citizens for not maintaining social distance, though her concern is appreciable and understandable considering the current COVID situation, but she continued to say who told you all to come, we have extended the time to pay tax without interest.

Then the security guards started to bring the scattered queue in order. As per the words of the lady official, time is given to pay tax but she also should understand that option to payment of tax is not cancelled.

My question is why cannot MUDA stop receiving tax payments till COVID Curfew is over? I was not aware of the time extension given for payment of tax. I suggest MUDA to:

This will reduce confusion, time, avoid frustration and unnecessary arguments between officials and citizens.