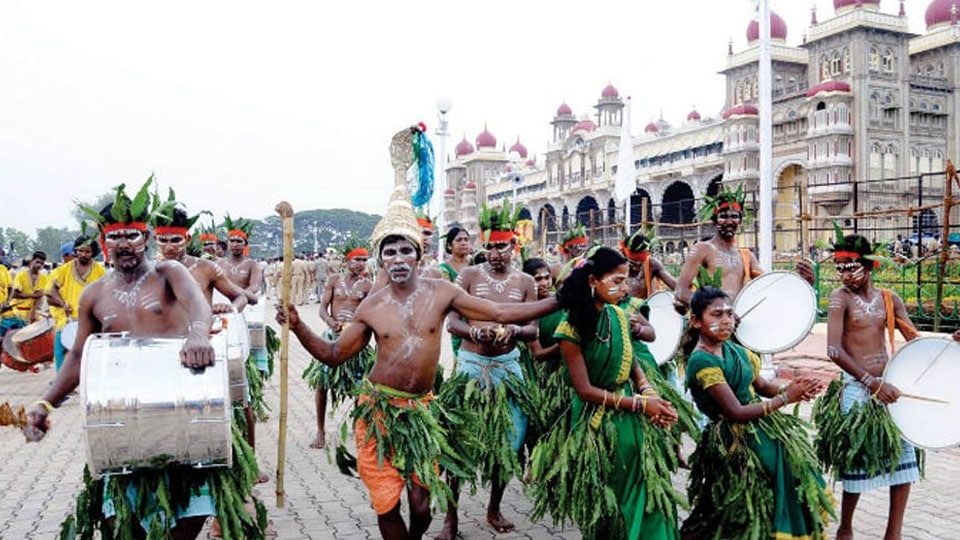 Mysuru: There is a threat for people working for welfare of tribals. Tribals are being killed in Odisha, Chattisgarh and Jharkhand and many of them are also being imprisoned, alleged Adivasi Samanvay Manch, Gujarat Chairman Amar Singh Choudhary.

He said that there is a need for agitations and asked tribal communities to remain united to fight for their causes. He also demanded a common minimum programme for the development of tribals.

There are 370 million tribals in Asia and 84.3 million people in India alone. The UN adopted the United Nations Declaration on the Rights of Indigenous Peoples (UNDRIP) in 2007, to enshrine the rights that constitute the minimum standards for the survival, dignity and well-being of the indigenous people, he said.

The main reason for the stress by UNDRIP on protecting collective rights is because other human rights charters that stress on individual rights may not address tribal rights, he added.

The UN considers that tribals have conserved social, cultural, economic and political characteristics that are distinct from those of the dominant societies in which they live. Despite their cultural differences, indigenous people share common problems related to protection of their rights as distince people, Chaudhary pointed out.