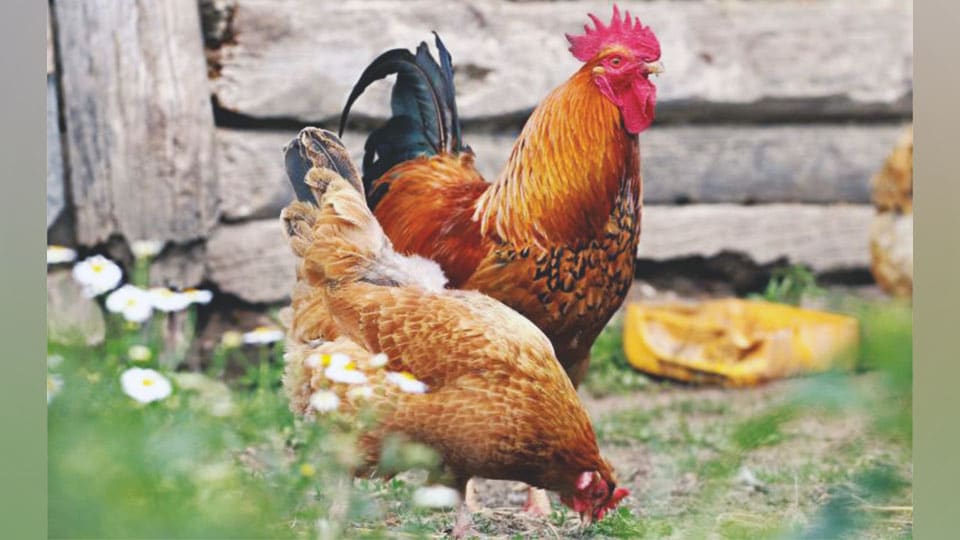 In this week’s Pet Talk, Maneka explains how intelligent, curious, adaptive and loyal are chickens.

I have kept them and I find them extremely intelligent, curious, adaptive, loyal and fierce in their defence. If I didn’t keep abandoned and mutilated dogs, I would certainly keep only chickens and pigs. Both speak languages and are almost human-like. Summary: They have distinct personalities and can outmanoeuvre one another. They know their place in the pecking order, and can reason by deduction: which is an ability that humans develop by the age of seven. Chicken intelligence is therefore unnecessarily underestimated. Scientists working for The Someone Project, who reviewed the latest research about the psychology, behaviour and emotions of the world’s most abundant domestic animal, published their findings in the journal Animal Cognition.

Research has shown that chickens have some sense of numbers. Experiments with newly hatched domestic chicks showed they can discriminate between quantities. Five-day-old chicks presented with two sets of objects, of different quantities disappearing behind two screens, were able to successfully track which one hid the larger number, by apparently performing simple arithmetic in the form of addition and subtraction.

Chickens are also able to remember the trajectory of a hidden ball if they see the ball moving, and up to one minute if the displacement of the ball is invisible to them.

The birds possess self-control when it comes to holding out for a better food reward. They are able to self-assess their position in the pecking order. These two characteristics are indicative of self-awareness.

Chicken communication is also quite complex, and consists of a large repertoire of different visual displays and at least 24 distinct vocalisations. The birds use signals such as calls, displays and whistles to convey information. They may use this to sound the alarm when there is danger, for instance. This ability requires some level of self-awareness and being able to take the perspective of another animal, and is also possessed by highly intelligent and social species, including primates.

Chickens perceive time intervals and can anticipate future events. Like many other animals, they demonstrate their cognitive complexity when placed in social situations requiring them to solve problems.

The birds are able to experience a range of complex negative and positive emotions, including fear, anticipation and anxiety. They make decisions based on what is best for them. They also possess a simple form of empathy called emotional contagion. Not only do individual chickens have distinct personalities, but mother hens also show a range of individual maternal personality traits which appear to affect the behaviour of their chicks. The birds can deceive one another, and they watch and learn from each other. Meanwhile, hens and chicks learn to play games and can remember how to play them. They also remember their favourite special foods.

While birds make complex nests, are there any creatures that can make houses like ours?

Termites build extraordinary structures that perfectly fit their needs. Their mounds have chambers that suit specific functions (bedrooms, nurseries, bathrooms, kitchens, trash areas), connecting tunnels that allow large crowds to pass in both directions, and air flow that keeps the nest cool during the day and warm during the night. Designing such structures out of simple materials proves difficult even for human architects, yet it appears effortless for the termite.

Are pigs dirty or clean?

They are among the cleanest domestic animals know- more than dogs and cats. But pig skins are very sensitive to the sun. They don’t have sweat glands, so they roll around in the mud to stay cool.

Should there be a ban on animals in circuses?

The Central Zoo Authority has put a ban on all animals in circuses. So if you see any circuses with animals, inform the local administration. The local Wildlife Department will try to get out of any action (you know why) by saying that the animals performing are  not “Indian.” That means a hippo or large cockatoos. Or they will say that a horse or dogs do not come under the Wildlife Protection Act 1972. These are just excuses to hide a bribe. The circus has probably taken permission to perform from the DFO himself. However, it is now irrelevant whether it is a dog or a foreign animal. The circus has been banned from using animals altogether and the DFO is an agent of the CZA and he has to take action for confiscation.