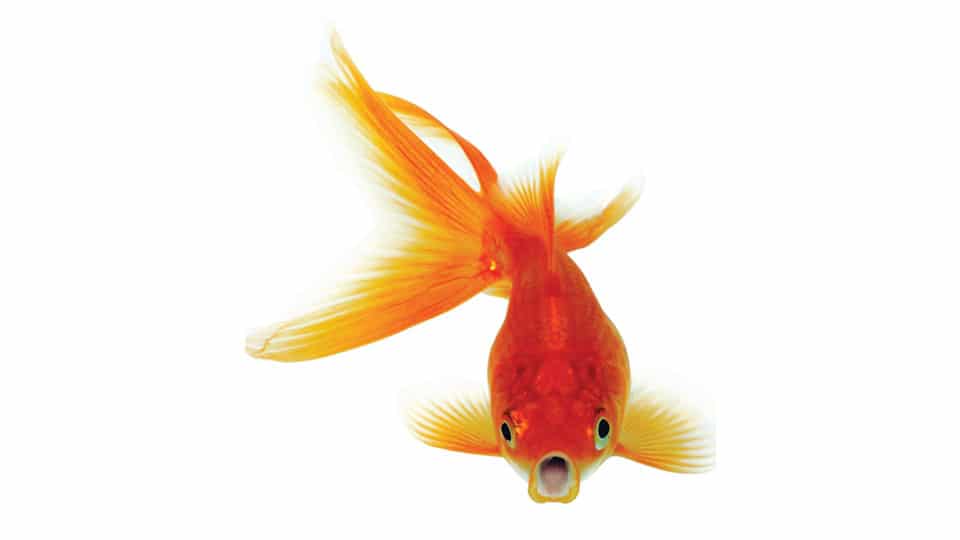 In this week’s Pet Talk, Maneka speaks about the reproduction in cockroaches and identification of gender in Goldfish.

What do tadpoles eat?

Tadpoles are aggressive eaters because of their rapid growth rate, and one of their favourite foods is algae that grows in pond water and along rocks. As they develop, tadpoles start to consume many microscopic water bugs, such as amoebae, fleas and rotifers. For older tadpoles, insect larvae make a great feast. Mosquitoes often lay eggs in pond water that become larvae which the growing tadpoles feast upon. Mature tadpoles, on the verge of transitioning into their amphibian state, also eat very small freshly hatched fish. Larger tadpoles may also eat smaller tadpoles, if they struggle to find an ample food supply.

How long can turtles stay underwater?

Depending on the species, a turtle can stay under water for hours, days, weeks or even months. Turtles, that spend large amounts of time submerged, have developed specialized means of capturing oxygen from the surrounding water via gills, special cells, or their skin.

Some turtles that need to surface, in order to take in oxygen, have been known to hold their breath for considerably long amounts of time. For example, the Leatherback Sea Turtle can hold its breath for up to 7 hours at a time. On the other hand, the Common Musk Turtle has eliminated its need to resurface by developing special cells on its tongue, called papillae, that allow it to separate oxygen from the water while the Turtle is submerged.

How do cockroaches reproduce?

While the reproduction process can vary slightly from species to species, in most cases the female Roach releases pheromones to attract a mate. The male roach then deposits his sperm into the female. Most Roaches are oviparous, which means the mother carries the fertilized eggs in a sac, called an ootheca, outside of her body while they grow and develop. The ootheca attaches to her abdomen and must stay moist during gestation in order for the eggs to hatch. A few roaches are ovoviviparous, which means the young grow and develop in an ootheca located inside the mother’s body. These roaches give birth to live baby cockroaches. A cockroach female can give birth several times from one insemination.

How do I know if my Goldfish is male or female?

One of the main tell-tale signs, that your Goldfish is male, is the development of tubercles (small white spots) on their gill-shields. Usually the breeding tubercles will only last during the fish’s breeding period, however, in older males, who have lived through several breeding seasons, the tubercles may be present all year round. The tubercles may also appear on the pectoral fins, on the face and on the scales on the body of the fish. Be aware that although the presence of tubercles is a good indication that your Goldfish is male, their absence does not necessarily mean that your fish is female, as not all males will develop tubercles.

Look for a concave vent. A male Goldfish’s vent is usually narrow and elongated, making it somewhat ovular in shape. It will also be concave (an innie), rather than protruding. Look for a midline ridge. If possible, look at the underbelly of the fish to see whether it has a midline ridge: A raised line running from the back of the pelvic fins to the vent. In females, this line will either be very faint or non-existent. Watch for chasing behaviour. One of the most reliable ways to identify male Goldfish is to observe their behaviour during spawning season. A male Goldfish will chase a female around the tank or pond, staying close behind and slightly beneath her, sometimes nudging her rear.

The male will also attempt to push the female against the side of the tank, or into any plants, in order to force her to spawn. However, in the absence of females, male Goldfish will also chase each other around, so it’s a  good idea to use physical indications, as well as behavioural ones, to identify sex. Gender differences will only appear once the Goldfish reach maturity which  usually takes about a year. However, the rate of maturation will depend on species and sex. Some breeds of male goldfish will reach maturity by the time they are 9 months old, while some females may take up to three years to reach maturity.

However, there is no foolproof method for sexing Goldfish, other than observing the spawning process. There are many exceptions to the rules: Some male Goldfish will not develop tubercles, while in rare cases a female Goldfish will. Some female Goldfish will not have protruding vent, while male Goldfish sometimes will. Some breeds (such as Ranchu or Ryukin) naturally have very round, thick body shapes, which makes gender identification, through body shape, almost impossible. These identification methods only hold true for healthy, well-fed Goldfish. Unhealthy Goldfish may not follow regular spawning behaviour, or develop the usual physical characteristics that indicate gender. As a result, it is important to ensure the health of your Goldfish (this includes things such as providing good quality water and fish food) before you attempt to identify the sex. An unhealthy male goldfish may not develop the tubercles usually seen during spawning season, while an unhealthy female may not have a convex vent. Body shape can also be misleading. A thin Goldfish may be mistakenly identified as male (as males are usually smaller), but you may be looking at an underfed female. On the other hand, you may read a distended abdomen as a sign that the fish is female, but the swelling may be a sign of dropsy (an internal bacterial infection).