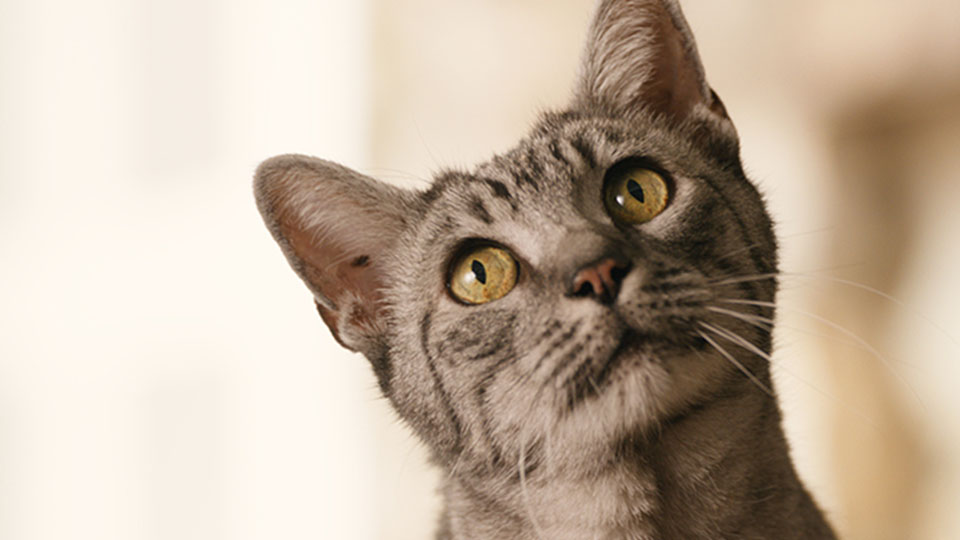 In this week’s Pet Talk, Maneka explains what a cat’s behaviour says

Why do cats have slits in their ears?

Upon closer inspection, you may have noticed a small pocket at the base of the cat’s ears. This pocket is called Henry’s pocket and is a skin fold that’s also present in cats, bats and some dogs. The exact function of Henry’s pocket is unknown, but is thought to assist in the detection of high-pitched sounds, especially when the cat’s ear is angled while hunting or playing. However, this pocket is a common area for parasites to gather and should be checked during a veterinary examination, especially if you notice excessive scratching in that area.

Do my pets need clothing in winter?

Dogs and cats come equipped with their own external layering system, but some of them have lighter layers of fur than others, and some may not be genetically suited to the environments they have been put in. Short haired and small breeds may have a more difficult time generating and retaining enough body heat on their own. A sweater or jacket can be helpful during the cold for such animals, especially if they find it difficult to go outside to relieve themselves. Older animals with weaker immune systems will typically need an extra source for warmth even indoors. Even if your pet doesn’t need a coat, having one certainly wouldn’t hurt it.

What are some of the signs of stress in horses?

Stressed horses can start to lose weight. Since there can be many reasons for this, such as heat stress, parasites and poor feed, it’s necessary to look at all aspects of the horse’s care to troubleshoot weight loss. Stall walking (when a horse walks around a stall or walks back and forth along one wall repetitively), weaving, cribbing, wood chewing, wall kicking and fence walking can all be also signs of stress. Yawning, and most horses will do it several times in a row, is a sign that the horse was feeling stressed and, by yawning, is releasing the stress. Tooth grinding, without any other dental issue, can also be considered as a sign of physical or physiological stress.

A horse that is stressed can produce copious amounts of manure in a short time. Some may produce very runny manure. Horses will often urinate if stressed. In extreme stress a horse’s ears will stand up high and twitch.

How long can cats and dogs stay at home alone?

Ensure there is sufficient food and water for them.

For a cat, make sure the litter box is clean before you leave. Try toilet training your dog, so that he has a place to go in case of emergency.

Try to wear off your pet before you leave so that they are tired and sleep while you’re away.

Keep plenty of toys for them so that they do not get destructive when they are bored.

Think about getting them a companion of the same species so that they have someone to play with and do not feel lonely.

Why do my two cats keep fighting each other?

A cat fight is a natural behaviour and, for you to get your cats to stop fighting, it is important you first understand the cause.

Play aggression: This is fairly common in kittens and even in older cats. They stalk, pounce, chase, scratch and bite each other, all in fun. If both the cats are equally chasing and biting each other, then this is nothing to worry about.

Hormones: Male cats are often involved in inter-cat aggression, often for competing for mates. This is more common among unneutered cats. If you see signs that a fight may occur, distract the cats by clapping loudly or squirting them with water. These actions can also be used to break up a fight. Keep your distance, and never put body parts in the middle of a fight; you could be injured. Neutering your cat can help eliminate this form of a cat fight. Alternatively, loud noises, such as a clap or banging a pan, can be effective. Never hit them or chase them away. It will only make them more aggressive, and can permanently destroy their trust in you.

Adding a new cat: Cats are territorial, it’s not uncommon for the addition of a new cat to the household to create some inter-cat strife. The new cat will need to establish territory, and your existing cats will need to defend theirs, often resulting in a fight. It is therefore recommended to gradually introduce the cats to each other. Keep the cats in a separate room initially. Rub a sock or towel over one and let the other smell it. Start feeding the cats near the separating door so that they associate the other’s smell as a positive experience. Slowly open the door and let them smell each other. If they start getting violent, separate them and try again later. Continue doing this for several days till the cats are comfortable in each other’s presence.

How so I stop my kittens from biting me?

Playing is a normal behaviour that provides young animals with opportunities to develop their physical coordination and problem-solving skills. However, mock aggression directed towards people can cause injury. Cat scratches and bites are painful and can easily become infected. When you allow kittens to scratch or bite your hands, you are giving them a message that you are okay with their behaviour. Bite and scratch inhibition is to be taught.

Punishing by hurting or scaring kittens can make biting worse by turning play-bites into defensive aggression. Often the bite or scratch by a kitten is unintentional or accidental. In order to reduce this behaviour, say “No” in a firm but calm voice and then move away.  When the kitten has cooled itself, resume playing with it, but instead, with a small stuffed or feathered toy. This will distract them from playing with you and instead focus on their new prey. However, if the aggression towards you re-emerges, use the same technique and move away again. If the kitten becomes tired or uninterested in its play because of the new rule, you should call a time-out and only play again when the kitten goes back in its play mode.

Never run away or try to block his movements with your feet. These actions can cause the kitten to intensify its play or become aggressive.

If the above method is not very effective, only as the last resort, scruff the cat by its neck and lift it only for 3-4 seconds and put it down while firmly saying a “No”. This mimics the behaviour the mother cats use on their kittens to discipline them.