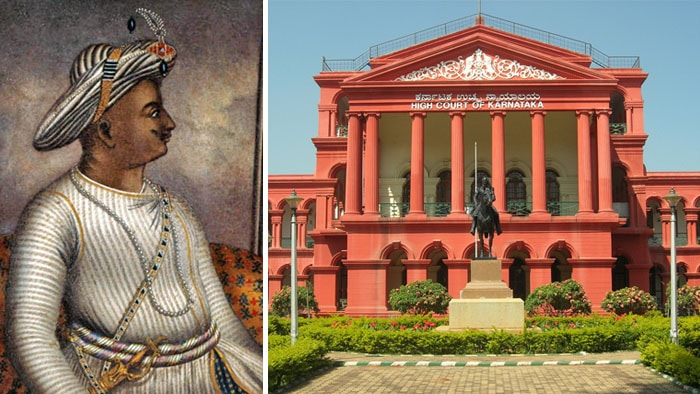 “As far as my knowledge of history goes, he is not a freedom fighter, but a ruler of a princely State. What is the use of celebrating this? As the British fought a war against Nizam of Hyderabad, Tipu fought to save his kingdom. Tipu would have fought even against the Nizam to defend his territory. This being the case, can we call the Nizam a freedom fighter?”, former Chief Justice S.K. Mukherjee had remarked.

Manjunath prayed the Court to quash the Government’s circular dated Oct.24 issued to celebrate Tipu Jayanti across the State, especially in Kodagu. The petitioner alleged that Tipu had killed hundreds of Kodavas, and carried out conversions too.

The Counsel for the petitioner, in his argument, pointed out that South Canara and Kodagu were not part of Tipu’s original empire, and were later annexed.

Justice H.G. Ramesh, asked the Counsel, “What is the global scenario? Can you give examples of birthdays being celebrated in other countries?” To this, the Counsel informed the Court that former US President Abraham Lincoln’s birthday in the USA was a national holiday. The Chief Justice asked, “What were the parameters for the judiciary to pass judgment in this case? “Someone else might come and say no to Kanaka Jayanti. We cannot sit and pass judgment on all Jayantis,” he said.

The Counsel said if a painful incident had occurred in 1792 — the year when Tipu allegedly carried out a forcible conversion of Kodavas to Muslims — it was a short period in terms of history.

The Chief Justice said that the celebration had to be contrary to law for them to intervene and observed that the main grounds for the PIL were whether the expenditure on the event was permissible by law and no other grounds were accepted by the Bench.

On the Counsel’s claim that the event hurt public sentiment, the Chief Justice observed, “The Constitution of India reflects the will of entire India but the Governments of the day reflect the will of the majority.” On the Counsel’s question as to why the Government was thrusting the celebration on certain people, the Bench remarked that no one was compelled to participate in the functions.

Advocate General Madhusudhan R. Naik, arguing against the PIL, questioned the timing of the PIL, considering that another PIL on the same issue filed by the same applicant last year was disposed of.

“He had time since November 2016. Having kept quiet all this time, he has filed the PIL a few days before Tipu Jayanti. He has cut and pasted last year’s petition,” he said. He claimed that the applicant had done so to gain publicity for the issue, and had no legal grounds.

On the Counsel’s request, the Court granted him time and set the next hearing for Tuesday.

It may be recalled here that in 2016 too, Kokkalemada P. Manju Chinnappa had filed a petition against the celebration of Tipu Jayanti. Disposing of the petition, the High Court directed the petitioner to make a representation to the State Chief Secretary to consider the objections raised against the event by him.

The order was issued by a two-member Division Bench headed by the then Chief Justice Subhro Kamal Mukherjee on Nov.3. Before passing the order, the Judges questioned the Govt. on the logic behind celebrating ‘Tipu Jayanti’ observing that he wasn’t a freedom fighter, but a   monarch who fought to safeguard his interests.

The petitioner had claimed that Tipu was a butcher, as he is stated to have slaughtered hundreds of Kodavas during his reign. He further claimed that during 2015 Tipu Jayanti celebrations, there were violent protests in Kodagu district and other parts of the State, resulting in a law and order situation.