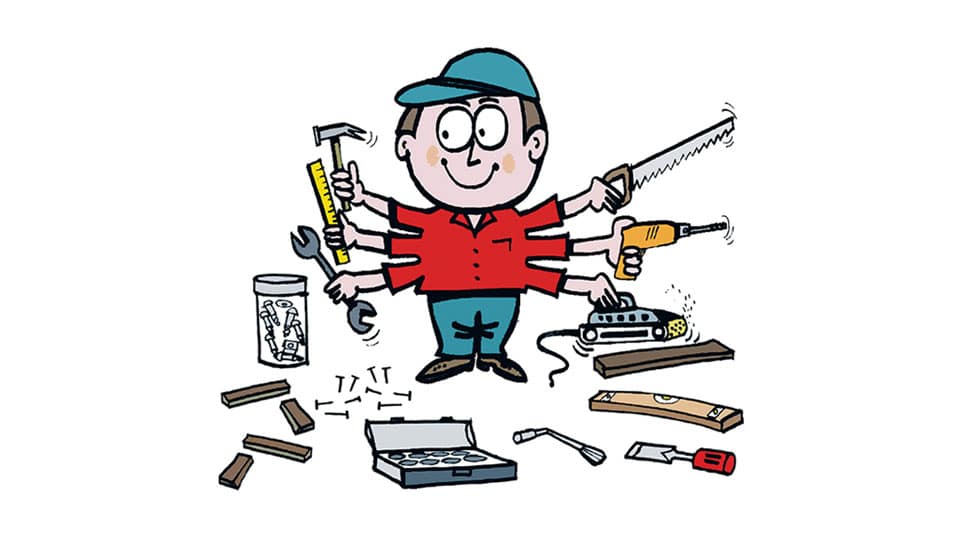 Two days ago, our world had turned pink. It was Valentine’s Day. It should have turned red but somehow many advertisements were in pink, implying it was targeted at women.

All this pink in the air reminded me of a video circulated in social media where a lady, in an attempt to speak about stereotyping women, starts off by stating, “When a boy is born we deck him up in blue”, then adds, “But when it is a girl, it’s all pink. Why?”

The truth is this women’s pink conundrum is self-inflicted. Why is the breast cancer ribbon pink? After all, men don’t have a blue ribbon for testicular cancer. And why is there a ‘Pink Chaddi’ Campaign? Why not just a ‘Ladies Chaddi’ Campaign?

Also in a world where women want equality, it’s odd that companies advertise in a manner to suggest men must buy things for women on Valentine’s Day. And it’s usually jewellery.

May be, a better Valentine’s gift for women would be to offer men discounted courses in activities that are considered typically women-centric — a free session on ‘home management’ — how to buy vegetables and fruits and how to fix things around the house. This would lead men to appreciate women more and, who knows, in its own way, bring about a sense of equality.

Now, speaking of “home management” classes for men, it reminds us, whatever happened to Home Science classes in schools and colleges?

Just until a few decades ago, most schools taught basics of cooking and carpentry. Later it became “the diploma course” that made girls more eligible for marriage as it included “family management” and “home décor.”

READ ALSO  AAP, up and away... The rise of the Mango people

But over time it was seen as an “anti-feminist” diploma and men too preferred women who were money-makers rather than home-makers. Soon the course lost its charm.

Home Science was described as the science of managing a home —  from managing relationships in a family to home décor to family nutrition to child development. Of course, these skills don’t matter as we have double income households now.

In my family one of my aunts had got a diploma in Home Science and it did make a difference. Her home was well-decorated, well-managed, clutter-free and conflict-free. Even the dishes she served were well-presented and nutritious. She would have a nutrition story for each dish — some were good for the gut, some for the bones and most for the brains.

So maybe there is some truth when people say Home Science is both an art and science. As one Home Science teacher puts it, “When you present a dish in an aesthetic manner it becomes an art. When you ensure that the meal offers a balanced nutritive diet, it becomes a science.”

Of course, with time even syllabus’ change as it should. So now Home Science is less home-oriented and more job-oriented.

It has moved on from subjects such as Food Preservation (guess this is pickling), Meal Planning (guess this means cook with what you’ve got) and Family Dynamics (this we guess means managing the in-laws). Now, Home Science has specialised subjects which include Master’s in Fashion Designing, Textile Designing, Dietetics, Counselling, Social Work, Development Studies, Entrepreneurship and Catering Technology.

But the time has come to go back to the old school Home Science — make people handymen. Two decades ago, many may remember we were taught basic carpentry, plumbing, electrical work and cooking in school. I studied in Demonstration School (DMS) where we were taught this. This made most of us very handy at home. Also students learnt to become self-reliant, understand principles of Maths and Science better and take a project from start to finish.

This lack of knowledge of basic Home Science has generated demand for carpenters, plumbers, electricians and cooks — a demand so high that today you fear your maid more than your boss. In fact, she is the boss of the house. Also, we are unable to reprimand our plumber or electrician even if he comes at his leisure lest he refuses to show up at all.

May be next Valentine’s Day the best gift you could give your partner is buy yourself a tool kit, watch a few do-it-yourself videos and become a handyman. Because in these expensive times being a handyman gets you more brownie points than being a husband.