Home » News » Piyush Goyal to flag off electric train between Mysuru and Bengaluru ? 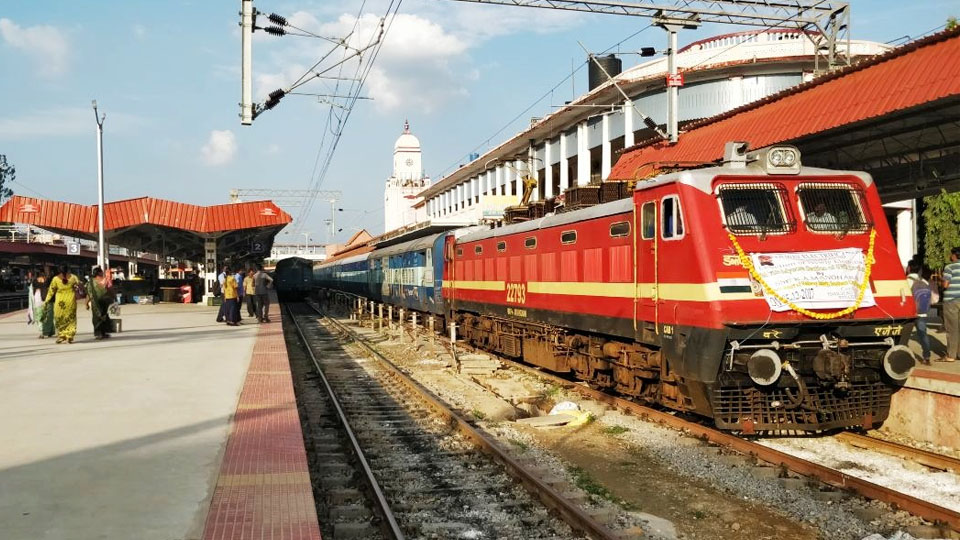 Piyush Goyal to flag off electric train between Mysuru and Bengaluru ?

Mysuru: Union Railway Minister Piyush Goyal will flag off the electric trains between Bengaluru and Mysuru on Dec. 26. The date for the inauguration of electric trains had been decided following the completion of track electrification work by the Central Organisation for Rail Electrification (CORE), Allahabad, according to reports.

However, when Star of Mysore contacted the SWR officials, they said that the date for the inauguration had not yet been finalised.

Sources said that the inspection of the track between Yeliyur and Mysuru was done by Commissioner of Railway Safety (CRS) and a clearance certificate was issued on Dec. 14.

Sources added that the SWR would soon phase out the existing diesel engines between Mysuru and Bengaluru to be replaced with electric trains.

SWR is also planning to introduce two other long distance trains from Mysuru towards Darbhanga in Bihar and Howrah in West Bengal, sources added.

3 COMMENTS ON THIS POST To “Piyush Goyal to flag off electric train between Mysuru and Bengaluru ?”