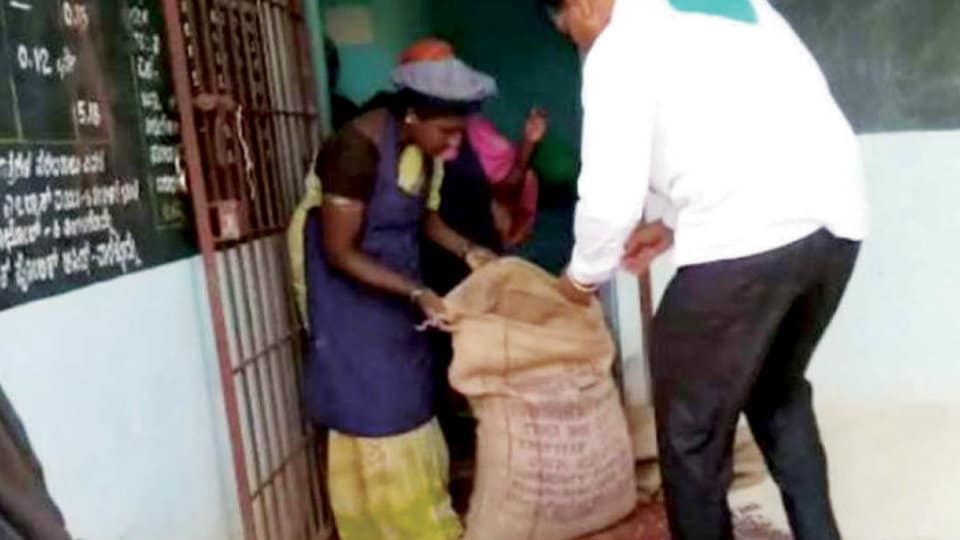 T. Narasipur: ‘Plastic Rice’ were reportedly  found in the rice bags supplied by the Food and Civil Supplies Department for Mid-Day Meal Scheme at Government Primary School in Bannahallihundi village in the taluk recently.

The incident came to light when the cook opened the rice bag to cook meals for school children. The cook who was shocked, alerted the Headmaster of the school.

Following complaint to Block Education Officer (BEO) filed by the Headmaster, Block Resource Centre (BRC) Chief Manjula visited the spot. An argument ensued between Manjula, Dalitha Sangharsha Samithi activist Bannahallihundi Somanna and Gram Panchayat President Shivakumar.  Somanna who was upset with Manjula for not providing satisfactory reply, threatened to file a complaint against the BRC with the DDPI.

She said that the rice would be sent to a lab to get confirmation and action will be taken against the officials involved.