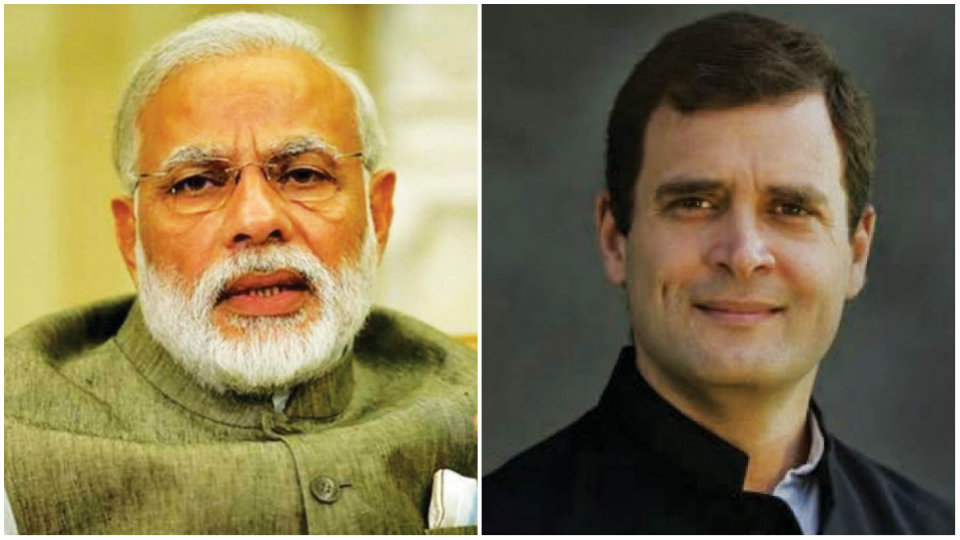 PM Modi to contest from Bengaluru South; Rahul from Wayanad?

Bengaluru:  With just a day remaining for filing nomination papers for LS seats in Southern half of Karnataka, speculations are rife that Prime Minister Narendra Modi may contest from Bengaluru South, in order to boost the BJP chances in South India.

Likewise, speculations are doing the rounds that AICC President Rahul Gandhi may contest from Wayanad LS seat in North Kerala.

Modi, who is seeking re-election from Varanasi in Uttar Pradesh, may also contest from Bengaluru (South), which was held for six consecutive terms by late Union Minister H.N. Ananth Kumar, who passed away in November last.

Although late Ananth Kumar’s wife Tejaswini Ananth Kumar is a keen contender for the seat, the BJP top brass is yet to announce her candidature, with just a day left for filing of nomination. The BJP is also said to be seriously considering the name of young leader Tejaswi Soorya, which has kept Tejaswini on her toes.

However, the BJP is expected to put a full stop to all speculations, by announcing the party candidates from Bengaluru Rural, Koppal, Raichur, Chikkodi along with Bengaluru (South) this evening, as tomorrow is the last date for filing of nominations.

The BJP has been winning the Bengaluru South seat since 1991, with Ananth Kumar representing it for six successive terms.