Home » News » Poisoning could be from within Shiroor Mutt: Pejawar Seer 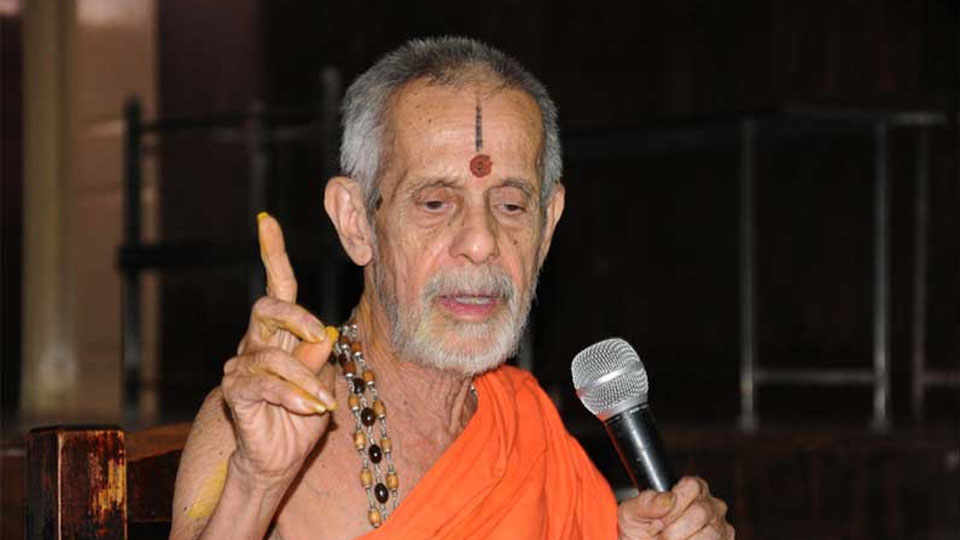 Udupi: Even as the Police are investigating the mysterious death of Lakshmivara Theertha Swamiji of Shiroor Mutt, senior pontiff Pejawar Swamiji said the truth would come out after a proper investigation.

Sri Vishwesha Theertha Swamiji of Pejawar Adhokshaja Mutt ruled out the role of other Seers and said, “It is not possible for people from other Mutts to offer him food. In case he was poisoned, it could be from someone within the Shiroor Mutt itself. Many of the Seers had not maintained contact with Shiroor Seer,” he said.

“I was not in town for the past few days, so I do not know whether Lakshmivara Theertha Swami died because of poisoning or food poisoning. However, we had information that he was in the habit of excessive drinking, which might have damaged his kidney and liver. He was also attracted to women and there are rumours that he had a fight with a woman. There have been instances when students have complained that the Seer stinks of alcohol. This is not how a Seer should lead his life. I had warned him on several occasions,” Pejawar Seer said.

He said they had refused to consider him a pontiff after he talked about him having a son and so the presiding deity of Shiroor Mutt was not returned to him.

He said that help of experts, including those from Central government agencies, will be used to take the case to a logical end.

Successor only after Sept. 29

Vishwavallabha Tirtha Swami of Sode Mutt said that a new Seer to head Shiroor Mutt would be appointed only after Sept. 29. Now, Sode Mutt has taken over management of affairs at Shiroor Mutt as it is the Dwandwa Mutt (twin mutt).

The Sode Seer, Vishwavallabha Tirtha Swami, said he has appointed a five-member committee for the maintenance of the immovable and movable properties of Shiroor Mutt. An inventory of items is being drawn up.

The Seer said that since it was the month of ‘Ashada’ and it would be followed by the ‘Chaturmasya’ period, appointments were not possible now.