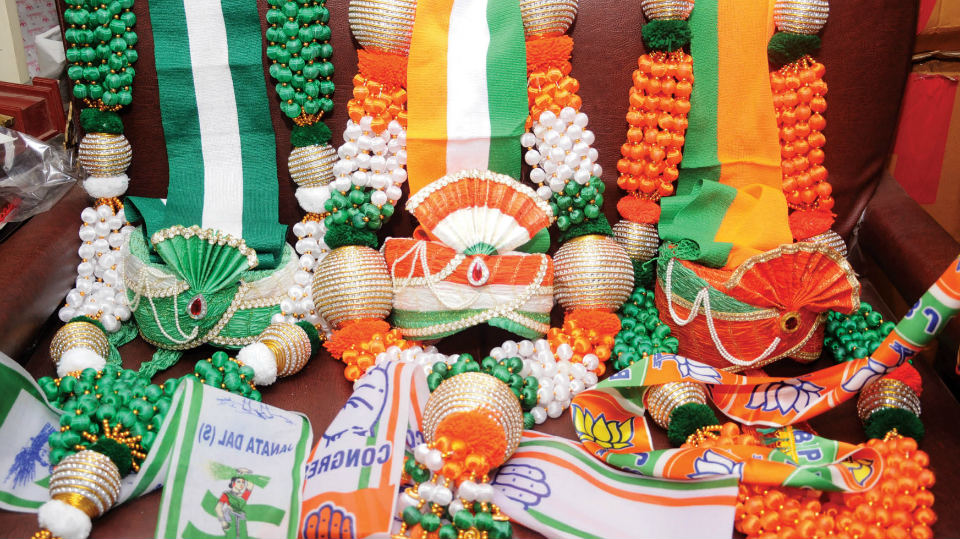 An old Kannada idiom crisply describes the culture, more appropriately the lack of culture of a person by the expression naalige kula helithu (words spoken reveal the social background). The current scenario in the land, specially across Karnataka, going by the voluminous printed matter in dailies of all hues, portrays the heavy weights in both the national and regional political parties in poor culture solely because of the non-stop diatribe being exchanged among them on the eve of the election to the Legislative Assembly of the State slated for May 12. The verbal war being staged by them before their followers as well as public at large during the ongoing road shows in all corners of the State, including villages, is ample testimony to the decline of decorum and ascendency of acrimony in public life, much to the disenchantment of the senior citizens who are strangers to the current abysmal state of society.

The band of vociferous speakers addressing the voter-mass of the State, haranguing on the role of education in bringing prosperity to the neglected sections of the population will do well to get themselves educated with the message in a verse sourced to Hithopadesha, an ancient Sanskrit text, stating that education gives humility, humility gives character, from character one gets wealth, from wealth one gets righteous life, from righteousness one gets happiness.

Etiquette, essential for orderly interaction, has clearly become a casualty in circles of even the land’s literati, far fetched to expect the delicate attribute from the politicos ruling the roost in the country which has hosted legendary orators in the past who are known to have never drifted from using refined language even under extreme provocation, while bad mouthing is like second nature to the vote-seekers of our times. The incident of two past Prime Ministers of England, belonging to rival political parties serves as an eminent example. When Benjamin Disraeli (1804-1881) was asked to explain the difference between catastrophe and disaster, he reportedly shot back saying: When William Ewart Gladstone (1809-1898) drops into the River Thames, it is a disaster; if he is rescued, it is a catastrophe. Repartee of such refined quality is beyond the present crop of leaders in the land.

In sum, the voting mass, having heard the loud-mouthed speeches of the vote-seekers, will do well to take stock of all that has come to them on a platter as it were in cold print and press the most appropriate button on the Electronic Voting Machine (EVM). Their verdict is also what awaits them in coming days.